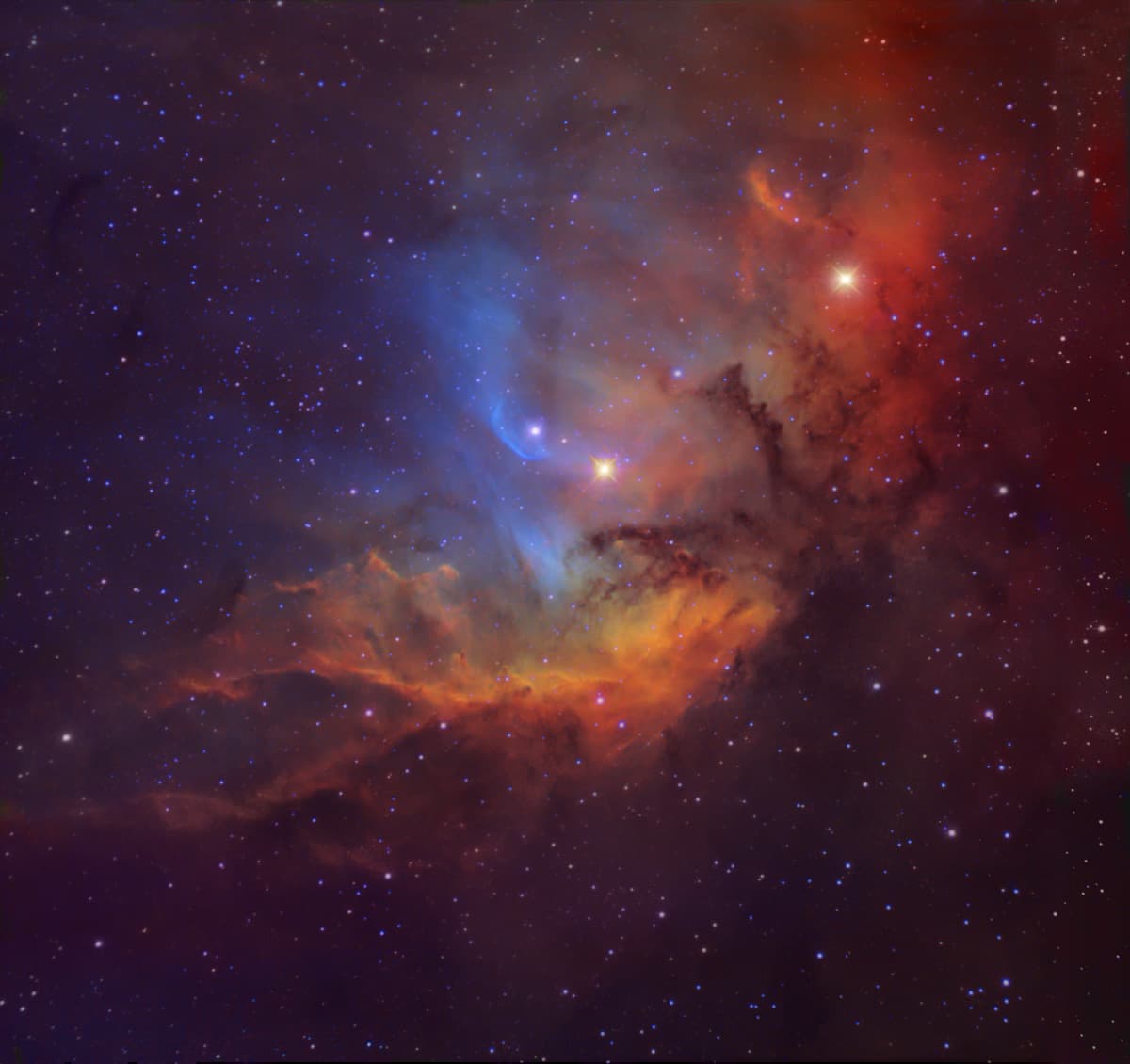 Found 8,000 light-years away from Earth, in the Cygnus (swan) constellation, this gorgeous region is  popularly known as the Tulip Nebula (also known as Sharpless 101 or Cygnus Star Cloud).

The American astronomer Stewart Sharpless first categorized it in 1959. It is, perhaps obviously, nicknamed the tulip nebula for its resemblance to the Earthy flower. Though, not pictured here, this nubula is in close proximity to the binary system known as Cygnus X-1, which consists of a supergiant star and a black hole. Together, they are commonly thought of as a microquasar.

The star powering it, known as HDE 227018, can be seen in the center of the image (close to the blue arc)