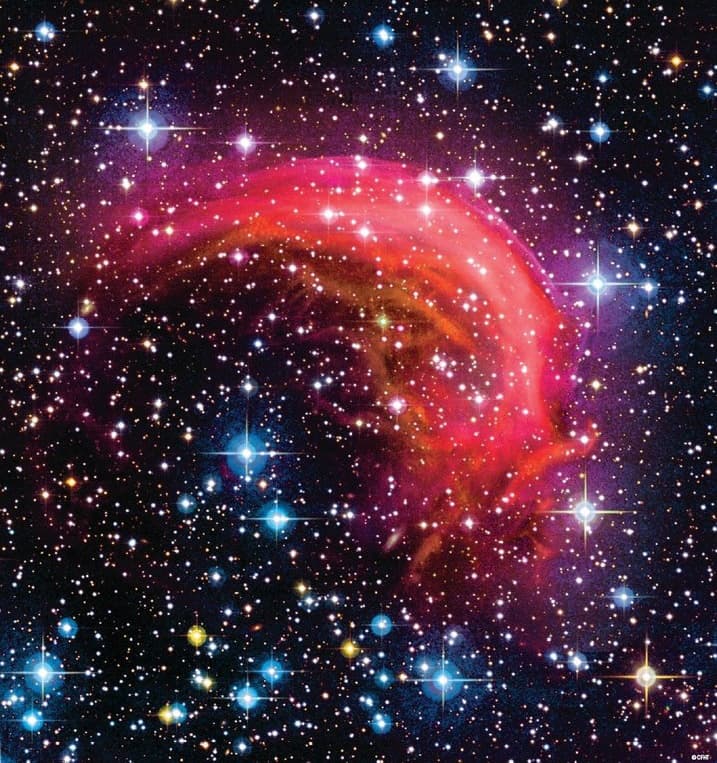 This is SH2-188 - otherwise known as the Dolphin Nebula - a planetary nebula that's located approximately 850 light-years from Earth in the constellation of Cassiopeia A.

In the past, SH2-188 was thought to be the remnant of a supernova explosion that appeared in 1965 (it took the light 850 years to reach us), but the nebula was later confirmed to be an asymmetrical planetary nebula with a crescent-like shape. Most planetary nebulae simply have symmetrical shells that expand outwards, forming something similar to a shell around the dying star.

It's thought that this nebula gets its interesting shape as a result of its travels. At the moment, it is traveling much faster than usual whilst interacting with the interstellar medium. The sun-like star responsible for expelling all of the gases into space thought to be moving at about 125 km/sec, which is almost 280,000 mph! As you can see, there is a bright southeastern arc in this image, which is the bow shock. The northwestern structure is a trailing tail of gases.