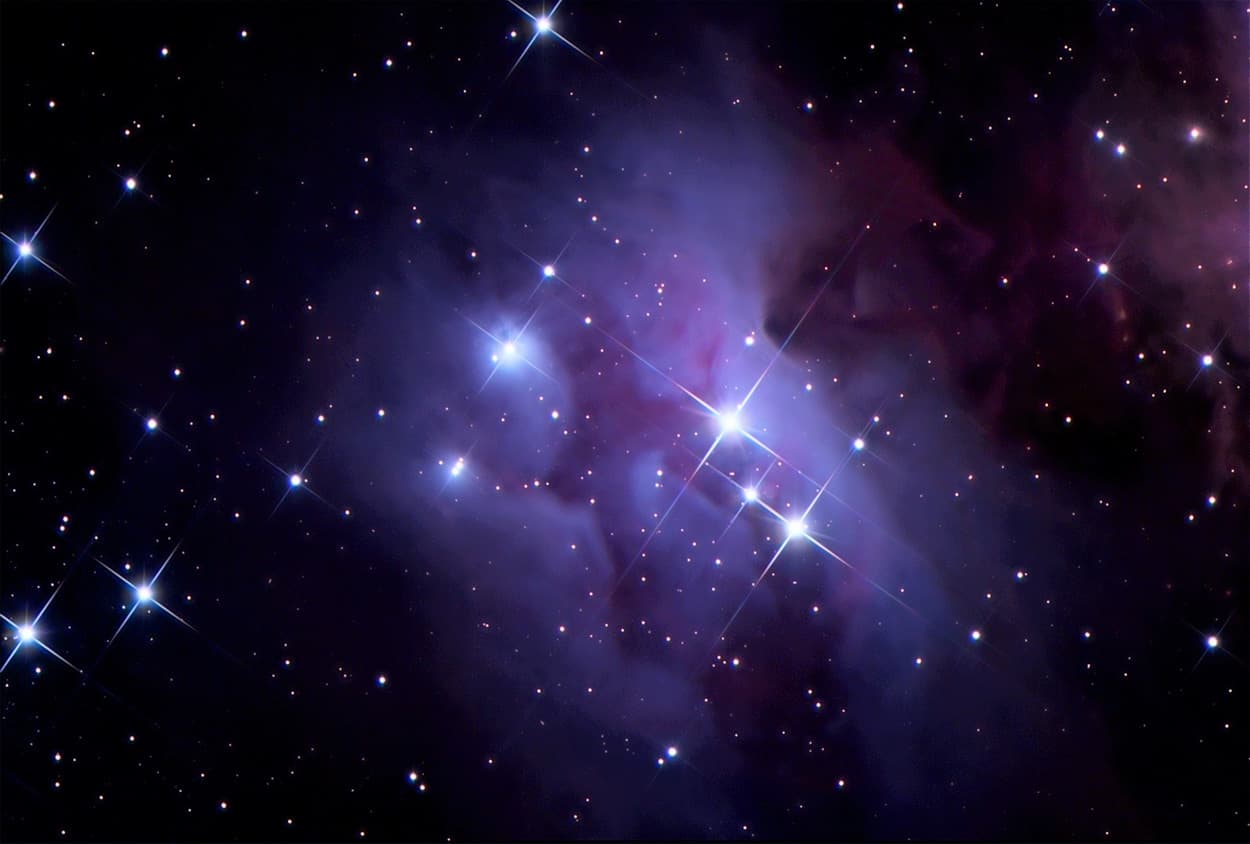 This is NGC 1977 - or the Running Man nebula -- a spectacular nebula that lies in the great Orion Nebula approximately 5,000 light-years from Earth (in the constellation with the same name). Other than being one of the most beautiful (and well-known) star forming regions in the galaxy, this particular region can also be seen with an unaided eye. From our vantage point, it looks like a distant, fuzzy patch of sky located near the three stars that make up Orion's famous belt (Orion itself is made up of several notable stars, which include Rigel, Saiph and Betelgeuse -- the super-giant).

As you can see, the coloring of the region is predominantly blue. That's because the light from stars that are embedded in the nebula - many so young that they haven't developed completely - scatter light more effective at the bluer end of the electromagnetic spectrum than the red. This scattering takes place when light streaming from the stars interacts with superheated clouds of hydrogen. Whilst the heat and the energy provided by the young stars is insufficient to ionize the surrounding material, it is perfectly capable of generating enough energy to allow course grains of interstellar dust to manifest (thus generating areas of emission nebulae)

Lastly... to you amateur astronomers that may want to take a peek with your own scope, NGC 1977 is located about 35' north of M42, the Great Nebula in Orion. The blue reflection nebula portions of NGC 1977 contrast sharply with the reddish HII regions as well as the thick, dark clouds of interstellar dust lying between it and M42. Also nearby, one can see NGC 1973 (below left) and NGC 1975 (below right).