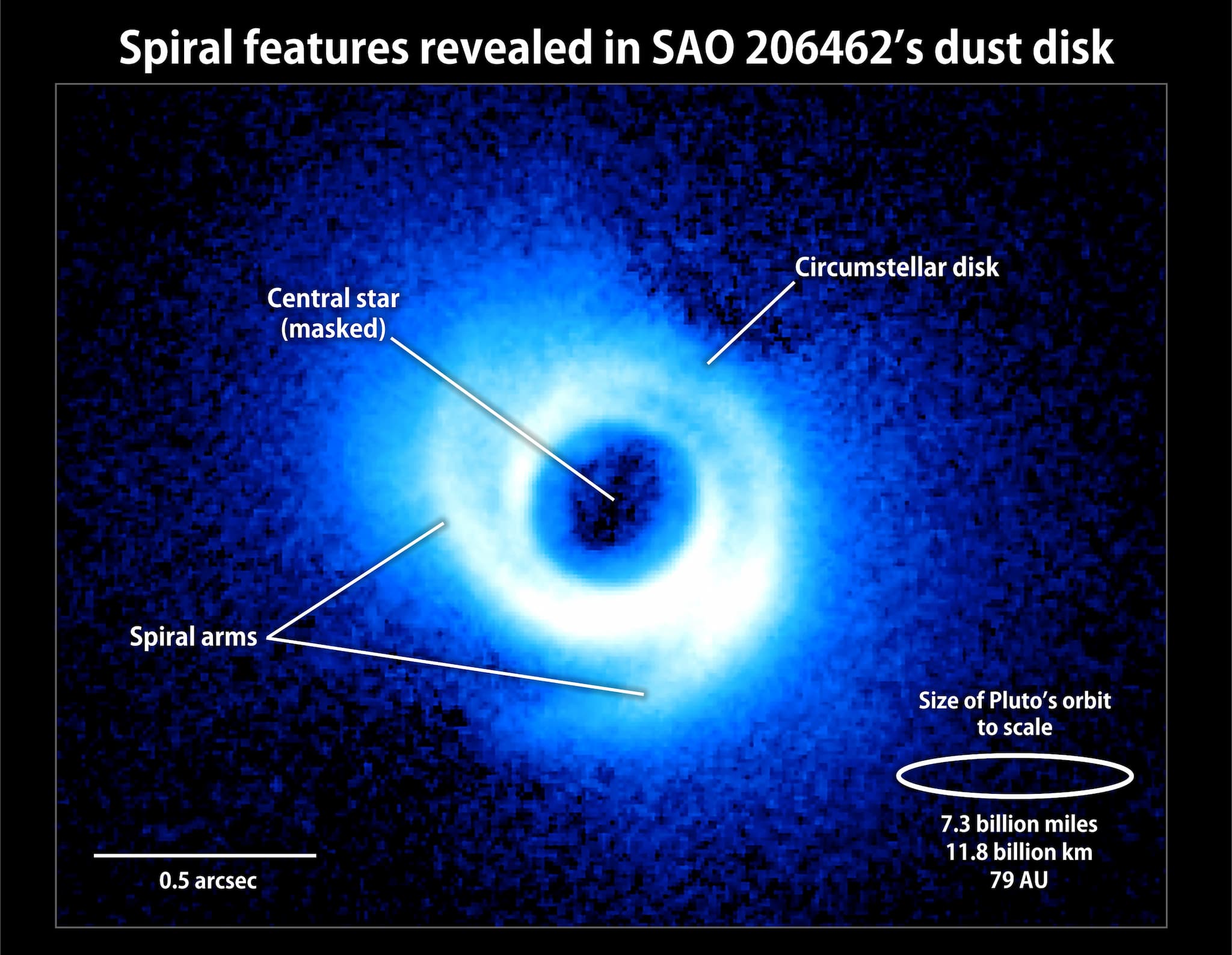 Our galaxy, the Milky Way, has several things to brag about. First, there's us, if nothing else. Then there are all the beautiful gaseous planets, bright stars, and long-tailed comets. But aesthetically, the galaxy itself has at least one defining feature to brag about: its brilliant spiral arms (technically, I think the multiple arms count as more than just one defining feature, but still).  Given the vastness of space, and the extreme number of galaxies inhabiting it, there area plethora of galaxies that boast spiral arms; however, the same cannot be said of stars. This brings us to a recent discovery that was very much unexpected-- a STAR with two spiral arms that extend about twice as far as the orbit of Pluto.

The star in question, dubbed SAO 206462, is a relatively young star that is still shrouded in a in a circumstellar disk of gas and dust, which indicate that the star is in the early stages of forming planetary bodies. Some have postulated that the spiral arms are indicative of said ongoing activity, but if this were the case, why haven't we seen stars with similar spiral arms? This is a question that can not currently be answered, but it certainly raises some interesting questions.

The star can be found about 400 light-years from Earth in the Lupus constellation.