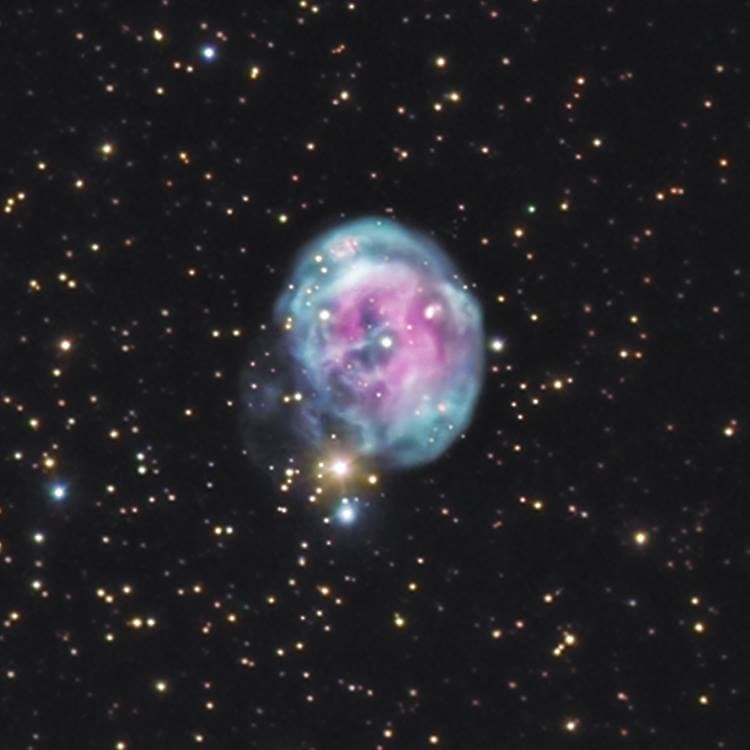 Mimicking the mechanism of an embryo swaddled in a mother's uterus, the fetus nebula actually shows the opposite effect... Instead of starting off its life, this one shows a sun-like star that has reached one of the final phases of stellar evolution -- the planetary nebula phase.

Also known as NGC 7008, the fetus nebula is located more than 2,800 light-years from Earth in the constellation known as Cygnus. As you can see, this celestial region possesses a plethora of eye-pleasing colors, which are representative of the tools used to create a balanced image of the nebula (as seen over the course of a total 12 observational hours, through broad and narrow-band filters).

Beneath the nebula is a binary system, in the gold and blue, which is responsible for creating this nebula and is known as HJ 1606.