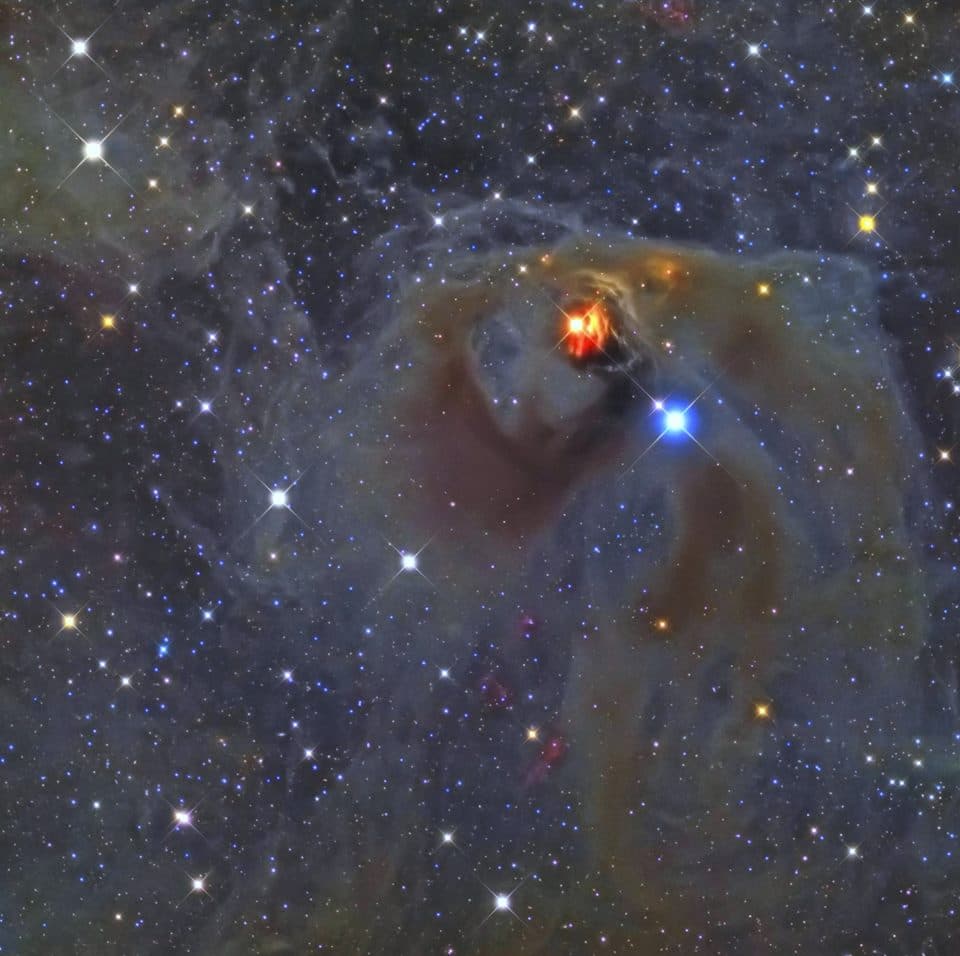 This nebula, NGC 1555 (also known as Hind’s Variable Nebula), is located 400 light-years from Earth (in the Taurus constellation). The yellowish star near the center of the nebula is THE T Tauri, the star that spawned a new stellar species. Surrounding the star is the nebula itself; a reflection nebula that lies on the edge of a large molecular cloud.

It is thought that T Tauri may actually have two or more companion stars, with only T Tauri visible at optical wavelengths. One of the other two shines in infrared - whilst the other is a heavy source of radio waves. The other companion may have been ejected from the system entirely, or flung into a much wider orbit, after a close encounter with T Tauri.

Another thing to note about this nebula is that the star powering it - and other T Tauri stars similarly - is known to vary in brightness exponentially. This particular star has an apparent magnitude that can range anywhere from a 9.3 to a 14!