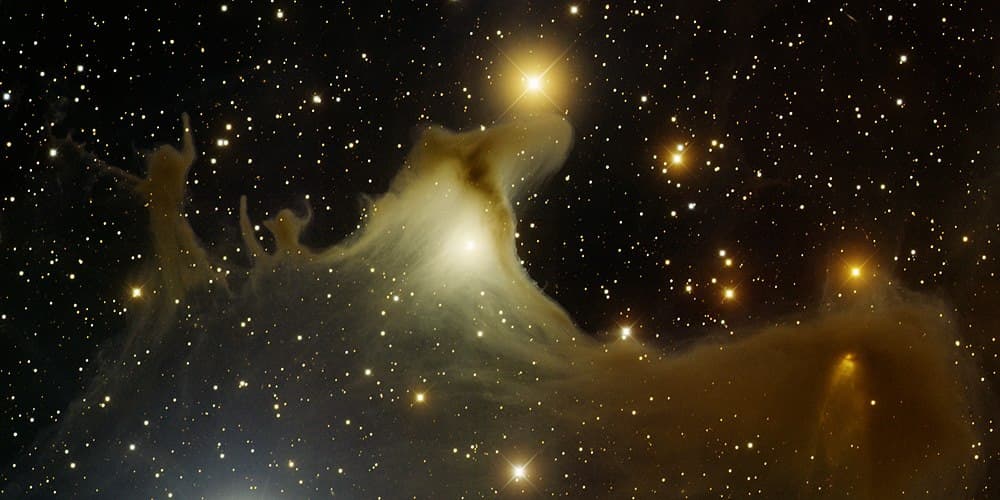 In the spirit of the green trees and shrubbery slowly fading to the lovely colors of orange and red - signifying the coming of Halloween (at least here in the United States), no other nebulae is more appropriate than the Little Ghost Nebula.

With the wispy tendrils, which are composed of interstellar gas and dust, the little ghost nebula (formally known as NGC 6369) is truly a haunting sight. It's located approximately 2,000 light-years from Earth in the constellation of Ophiuchus and is considered to be a planetary nebula (the name comes from the spherical appearance of the nebulae when viewed through a telescope).

Radiating from the center, is a faint star that's nearing the end of its life-span, causing it to eject its outer envelope of gases into interstellar space through stellar winds. When all is said and done, all that remains of this sun-like star will be a dense core; called a white-dwarf. The white-dwarf is emitting large amounts of ultraviolet light into the surrounding gas clouds, stripping electrons from atoms - leaving behind ionized atoms.