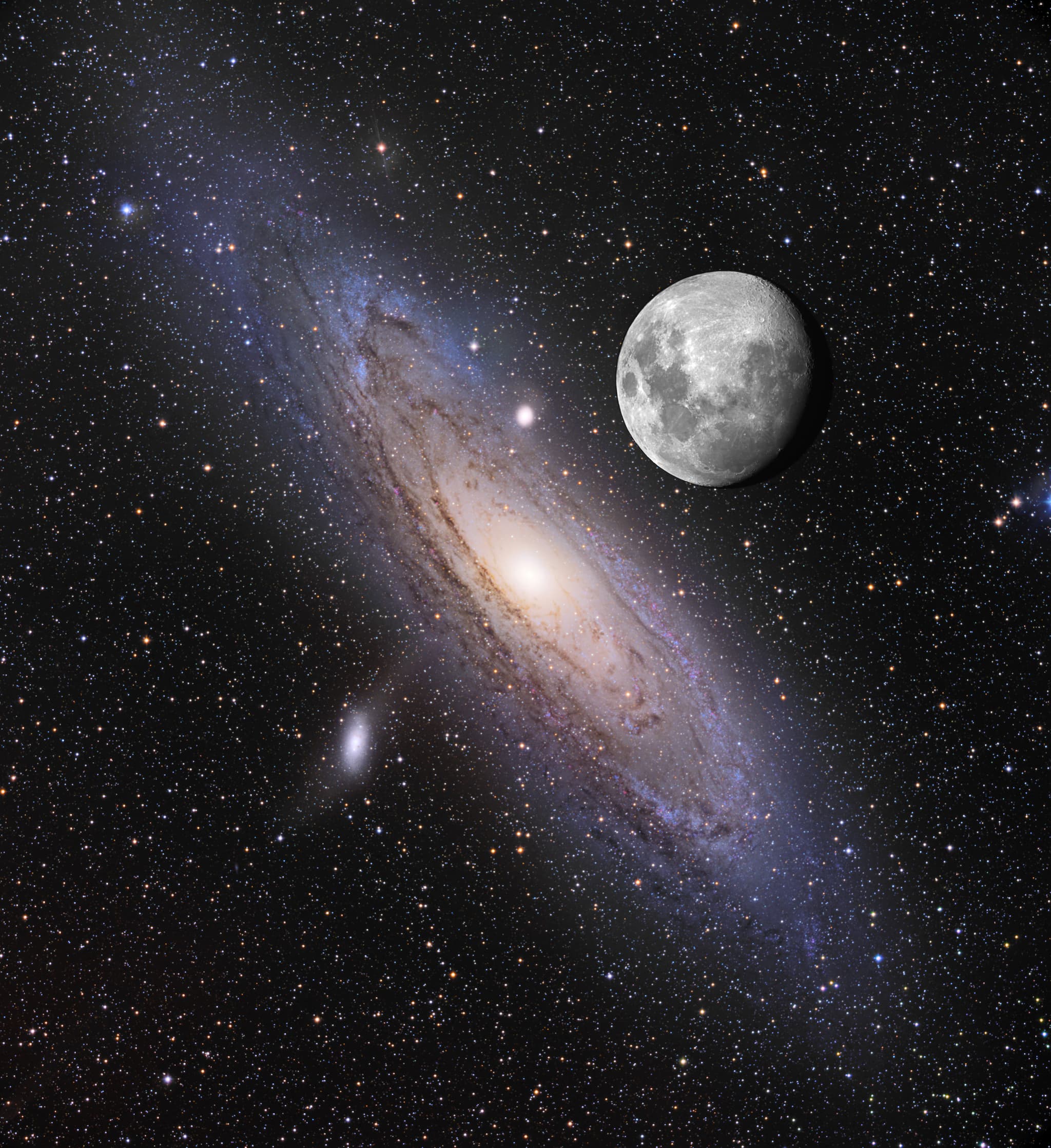 This is a fantastic contrast between our closest natural satellite and our closest large galaxy. I must confess the image is a composite of two separate images and this particular alignment didn't occur; but that doesn't stop the final product from being brilliant.

Firstly, in the foreground, we have the Moon. Arguably everyone's favorite natural satellite, the Moon is the closest celestial body to our planet. A note about this particular photograph, the moon is very bright. If the moon were to pass that close to Andromeda, the galaxy would be invisible to the unaided eye and barely visible or invisible to a camera.

In the background, we have the Andromeda galaxy (also known as M31) dominating the scenery. Andromeda is the largest spiral galaxy to the Milky Way, only lying about 2.5-million light-years from Earth. This deep exposure image reveals M31 is splendid detail. You can see bright blue regions of star formation and star clusters, a bright nucleus, and two of Andromeda's satellite galaxies (M32 in the back, just above the nucleus, and M110, the bright galaxy below Andromeda).

To the unaided eye, Andromeda has an apparent size of half a degree (the moon also is about half a degree in diameter). This is because Andromeda has a very low surface brightness. Photography has the ability to record impressions from photons over time and 'keep that in memory' to say. This allows a photographic image to reveal the galaxy's true angular size of about 2.5 degrees (or about five times larger than the full moon).