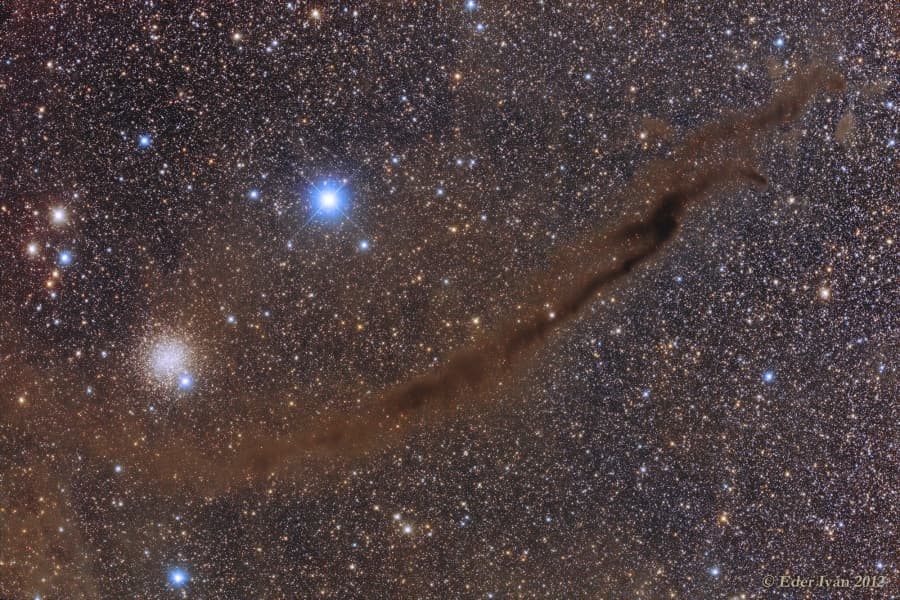 Deep inside the constellation Musca, south of the Coalsack Nebula and the famous Southern Cross, NGC 4372 can be seen hovering in the distance with the Dark Doodad floating in the foreground as only doodads float.

Much further away, at a distance of 20,000 light-years, we see the star cluster NGC 4372. Globular cluster are massive groups of stars, containing up to a million stars each. They also orbit close to the galactic nucleus and are a trademark of a larger galaxy. The Milky Way is known to have about 150 such clusters, with sum estimates saying about 10% of these clusters remain undiscovered.