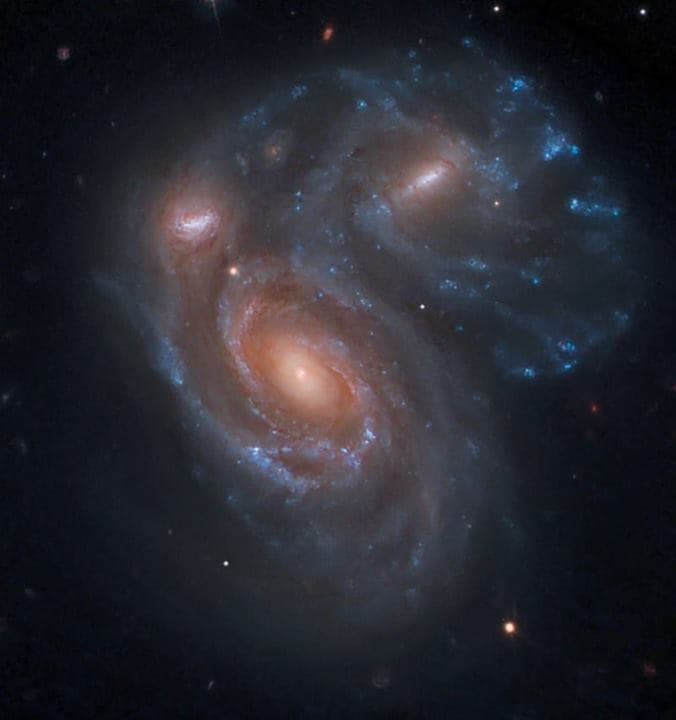 In yet another look at the process driving galaxy mergers, we come across a triplet of interacting galaxies - known as Arp 272.

First and foremost, we have NGC 6050 - the galaxy located near the center. Close-by, we have IC 1179 (in the upper right). Both galaxies are interacting gravitationally - with a complete merger imminent. (Since the group is located 450 million light-years from Earth - we are seeing them how they appeared 450 million years ago - indicating that the merger likely already occurred some time ago. The light just hasn't reached us yet.)

A third, less noticeable galaxy can also be seen up and to the left of NGC 6050. All three galaxies are members of the Hercules Galaxy Cluster (also known as Abell 2151), which contains more than 300 galaxies.

It's three galaxies in one for Arp 272