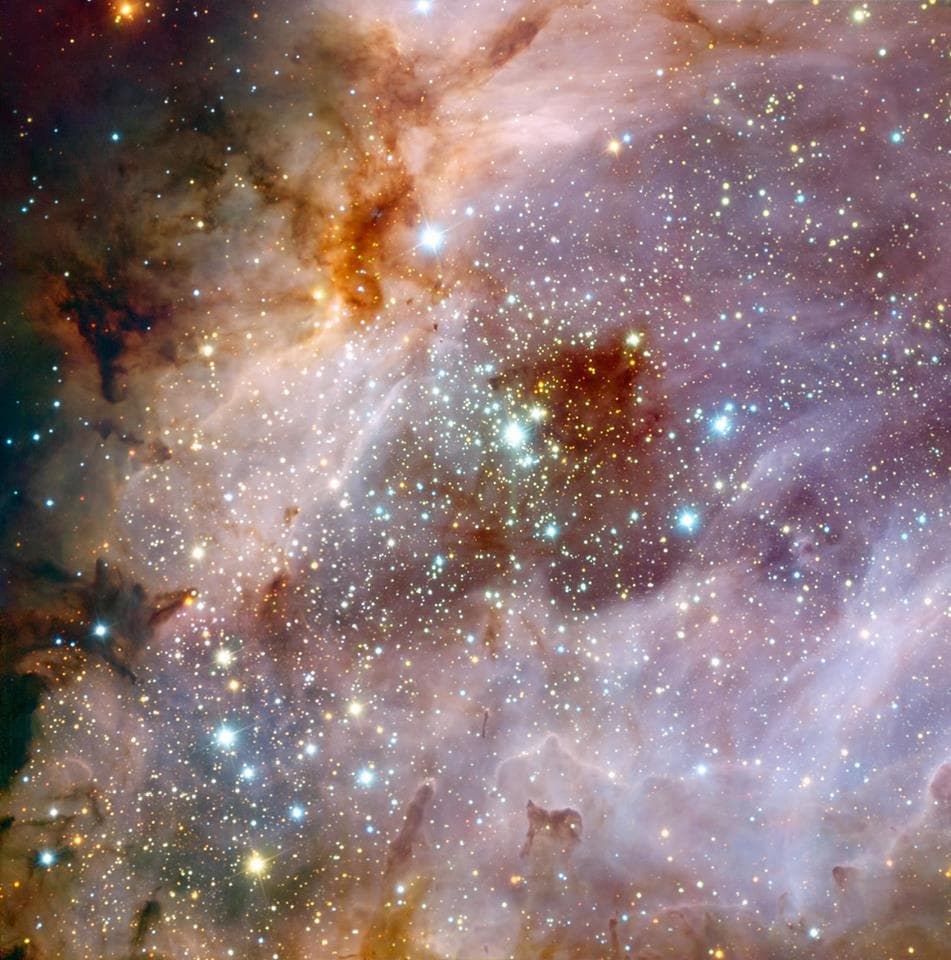 Happy February! (Can you believe the year is already a twelfth over?) This picture is brought to us by the European Space Observatory's Very Large Telescope, and shows an incredible image of a distant stellar nursery; a region of space that spans an entire 40 light-years in all. (The central region alone stretches 15 light-years across, if that helps establish just how large this area is)

The nebula, formally designated Messier 17 (also known as the Omega Nebula or the Swan Nebula), is seen here at near-infrared wavelengths, allowing us to see beyond the dense clouds of interstellar dust which obscure the on-going activity at optical wavelengths.

Because of this, near the central region, we can see the cluster of stars, who together, power the nebula by bombarding it with ultraviolet radiation. After which, the molecular material becomes ionized, causing the region to glow brilliantly.