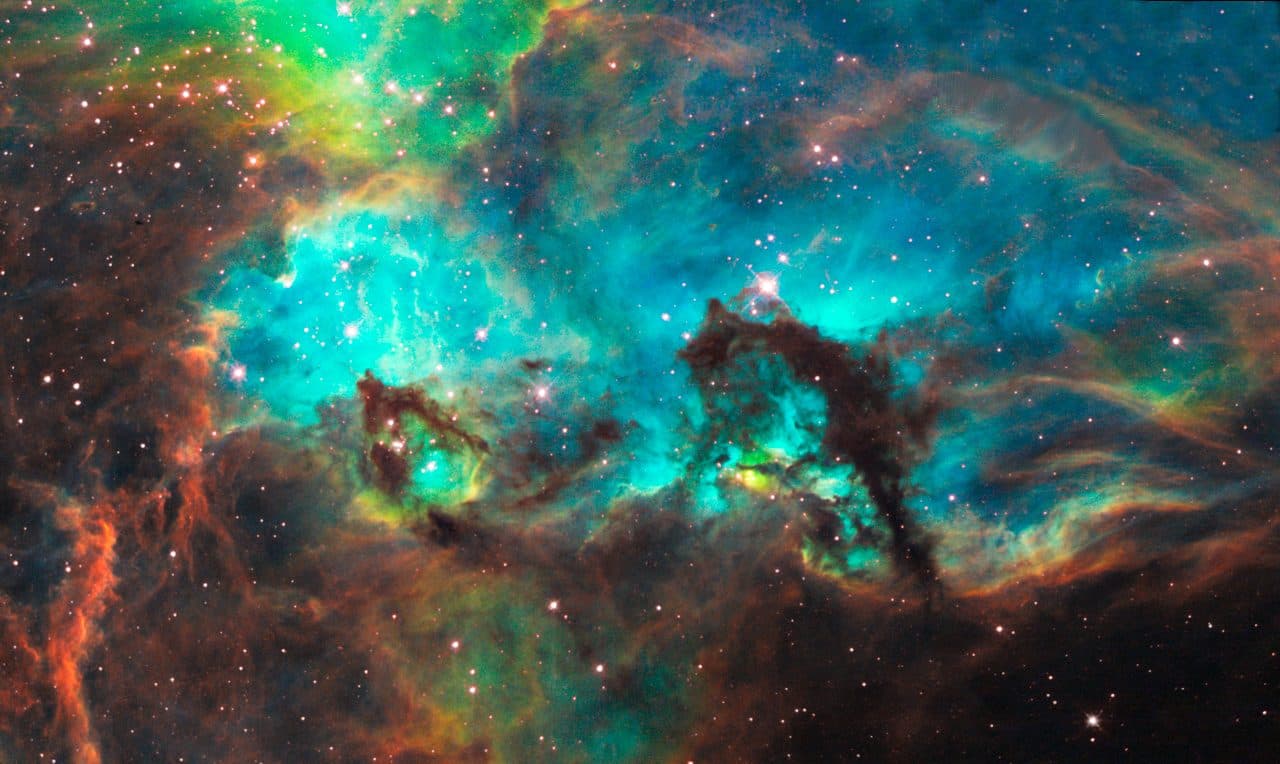 This beauty is part of NGC 2074. The seahorse-shaped pillar that you see in the image (lower right) is estimated to be some 20 light-years long. For comparison, our own solar system is just about 2 light-years in size (which means that it it peas next to this beast of a nebula). This strange shape is also what gives this region it's popular (as opposed to scientific) name: The seahorse nebula.

According to NASA, the seahorse is literally a firestorm of raw stellar creation. Scientists believe that this wave of star births may have been triggered by a nearby supernova explosion, which thrust the material in the region together.

The three-dimensional-looking image dramatically reveals all of the various ridges and valleys of dust (and gaseous filaments) that are glowing violently under torrential ultraviolet radiation. Indeed, it is this high-energy radiation, which is blazing out from clusters of hot young stars already born in NGC 2074, that is sculpting the wall of the nebula by slowly eroding it away.

Another young cluster may be hidden beneath a circle of brilliant blue gas at center, bottom.

All in all, this image is approximately 100-light-year-wide. The amazing, fantasy-like landscape, with its dark towers of dust soaring above the glowing wall of gases, offers us a rare glimpse of the the more chaotic and turbulent areas of our universe. It's something that is easy to forget as we float across the cosmos on our own (seemingly tranquil) pale blue dot.

Learn more about this image, and see a larger version, at the Hubble site.