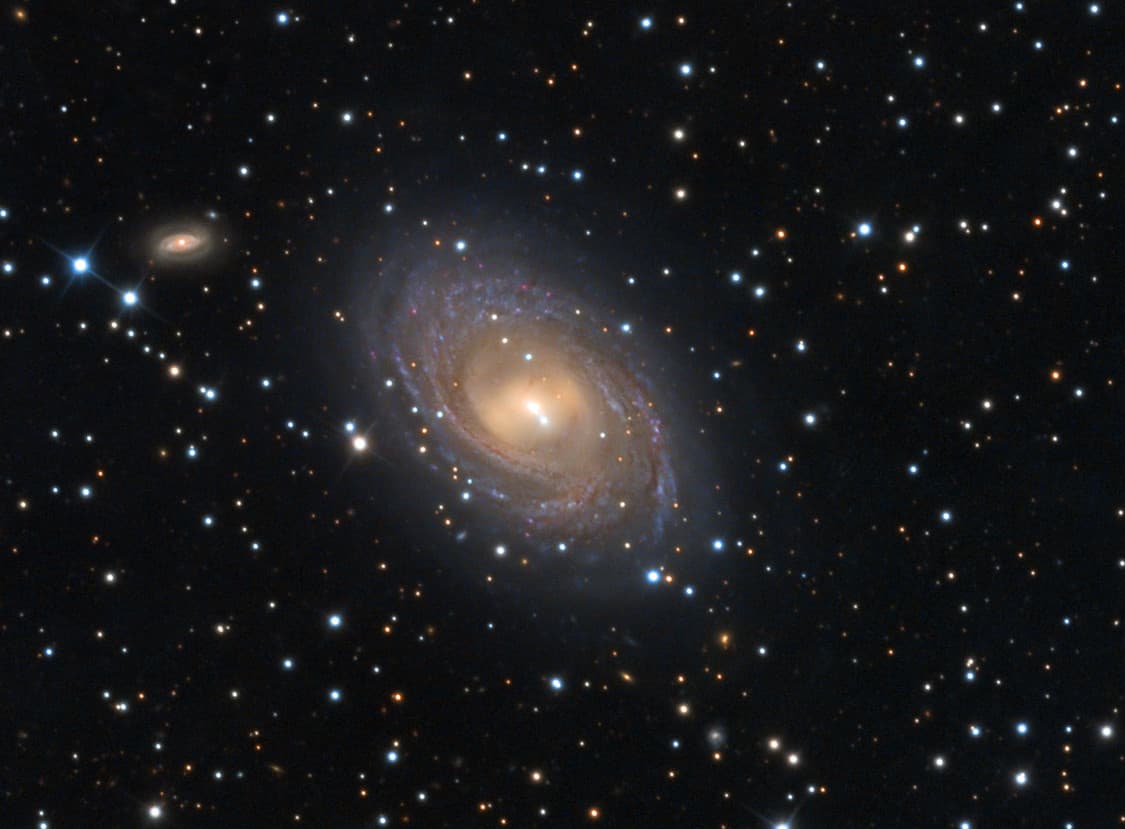 This is a little-known and poorly-understood barred spiral galaxy called NGC 1169; it can be found between 85 and 100 million light-years from Earth in the constellation of Perseus. Given the fact that the galaxy is rather dim at optical wavelengths, not many images of this magnitude have been captured, which, as usual, makes Adam Block's rendition all the more spectacular.

He explains, "NGC 1169 is a little-studied galaxy that we view through the outer spiral arms of our own galaxy. At one hundred million light years away it isn't really in the neighborhood and many of the stars in its disk must be intrinsically bright. As viewed from here (Earth) however this galaxy is quite faint and many hours of exposure time are necessary to see it well through all of the intervening (and somewhat distracting) stars of our own galaxy. This image may be the sharpest full color image of this galaxy taken to-date."

Several key pieces of information can be deduced in just one blurry photo. Firstly, we can see that there are two distinct ring-like structures. one is composed of dim, red pinpoints of light (the hallmark of older, more evolved stars), while the other 'ring' has been set alight by millions of hot, blue-white stars. Based on the positioning, it's clear that the inner region has been virtually dormant for a while now, while the outer-region experienced a mini starburst phase some time in the recent past. Regardless, the central region remained active, and it remains NGC 1169's brightest feature.