Astronomers Just Uncovered New Features in the Center of our Galaxy 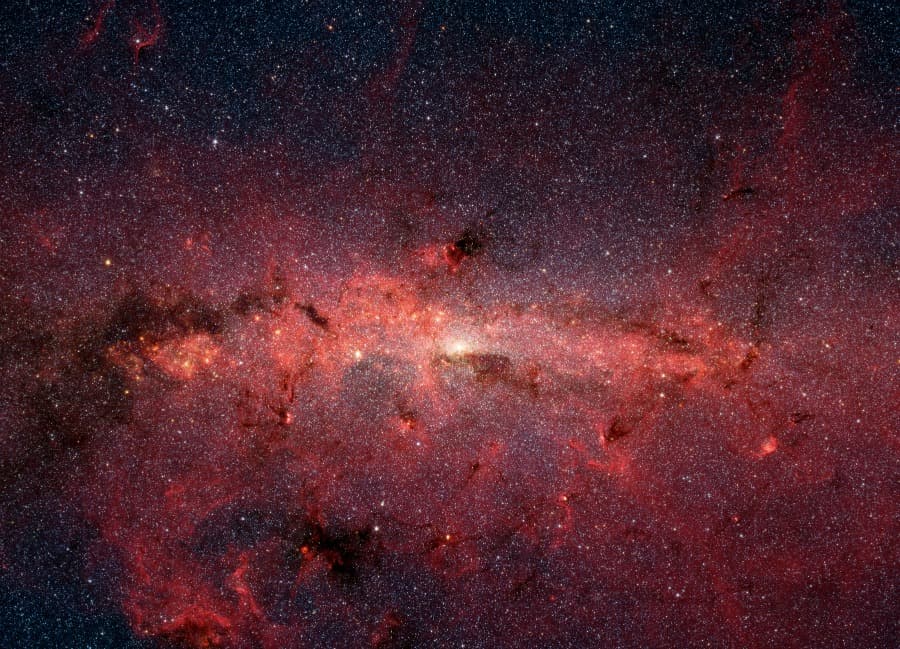 A team of scientists using data from the Vista Variables in the Via Lactea Survey (VVV) announced the discovery of dozens of previously undetected stars orbiting near the center of the Milky Way, in a paper published in the journal Astrophysical Review Letters.

The VVV is a public survey, conducted from 2010-2014, using the VISTA telescope at the Paranal Observatory in Chile to image the center of the galaxy in infrared. Observing at this wavelength helps astronomers see through the heavy dust clouds that block visible light. Using the data from this survey, a team of astronomers have found that many of the stars in this region are much younger than previously thought.

"The central bulge of the Milky Way is thought to consist of vast numbers of old stars. But the VISTA data has revealed something new -- and very young by astronomical standards!" says Istvan Dékány, the study’s lead author.

The survey identified 655 Cepheid stars, which vary in brightness according to a precise cycle. The brighter the star, the longer its cycle, and astronomers can use this relationship to determine the exact distance to a Cepheid. This is commonly used to measure distances to star clusters, nearby galaxies, and, in the past, was used to find the distance to the center of the Milky Way.

Cepheids come in two main categories, with one category comprised of stars that are much younger than the other. This category of stars, called classical Cepheids, are typically several thousand times brighter than our Sun, and are much younger. Of the 655 Cepheids catalogued in the survey, Dékány’s team identified 35 that were part of this group.

“All of the 35 classical Cepheids discovered are less than 100 million years old. The youngest Cepheid may even be only around 25 million years old, although we cannot exclude the possible presence of even younger and brighter Cepheids," explains researcher Dante Minniti.

Further, the study found that these stars are part of a thin disk of such stars across the galactic center. This brand new formation was hidden from observation by large dust clouds and only revealed by the infrared imaging capabilities of the VISTA telescope.

"This study is a powerful demonstration of the unmatched capabilities of the VISTA telescope," says Dékány.

This study provides evidence that star formation in the center of the galaxy is still ongoing, which was a hypothesis that many scientists held but couldn’t prove. Further research is needed to determine whether the stars formed in their current locations or if they’ve migrated from slightly further out.