Astronomers Have Found Evidence of Long-Lasting Lakes on Mars 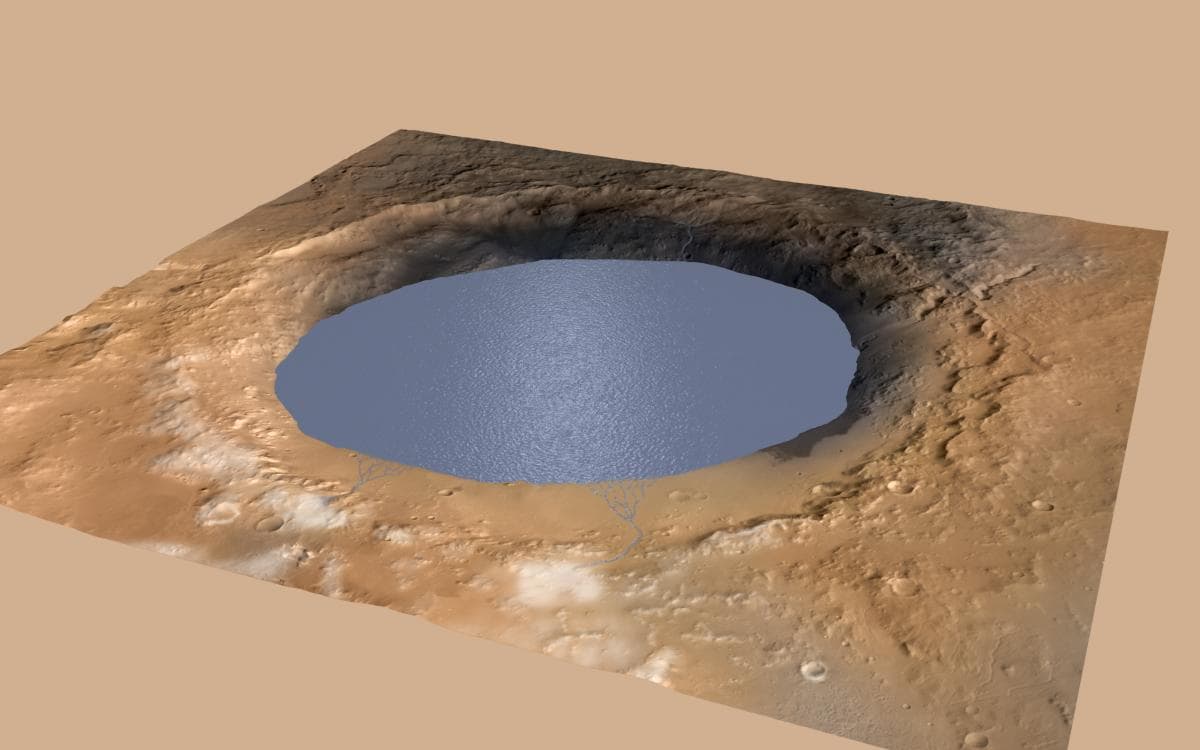 New data from the Curiosity rover reveals that a transient water system of deltas and lakes once dominated the landscape at Mars's Gale crater.

While previous theories about this region's history have been based on observations from afar, on-the-ground data from Curiosity is allowing researchers to directly test the hypothesis that large impact craters were capable of accumulating and storing water for substantial periods of time.

Within the crater, the rover discovered clinoforms (basin surfaces) that could not be observed from orbit. John Grotzinger et al. analyzed sediments along these clinoforms, noting that the basin surface rose with time.

Combining these observations with calculations of the crater's rim erosion suggests that aggradation (an increase in land elevation caused by the deposition of sediment) occurred.

Erosion of Gale's northern crater wall and rim generated gravel and sand that were transported southward in shallow streams. Over time, these stream deposits advanced toward the crater interior, transitioning into finer-grains downstream. These deltas marked the boundary of an ancient lake where the finest (mud-sized) sediments accumulated.

Analysis by Grotzinger and colleagues suggests that, although water presence was likely transient, ancient individual lakes in this region were stable for 100 to 10,000 years at a time—potentially long enough to support life.

The area traversed thus far by Curiosity would have taken 10,000 to 10,000,000 years to accumulate, suggesting that the transient lakes were likely sourced throughout time by a common groundwater table.

Furthermore, evidence suggests that over time, wind-driven erosion shifted deposits in the crater to create Mount Sharp. These new data provide unparalleled insights into the Red Planet's past water patterns, climate and habitability.

This paper is complemented by a Perspective by Marjorie Chan.

(Source: American Association for the Advancement of Science)