Astronomers Caught a Black Hole Feeding on Cold Rain, Making it Even Bigger

As it turns out, black holes are not picky eaters. 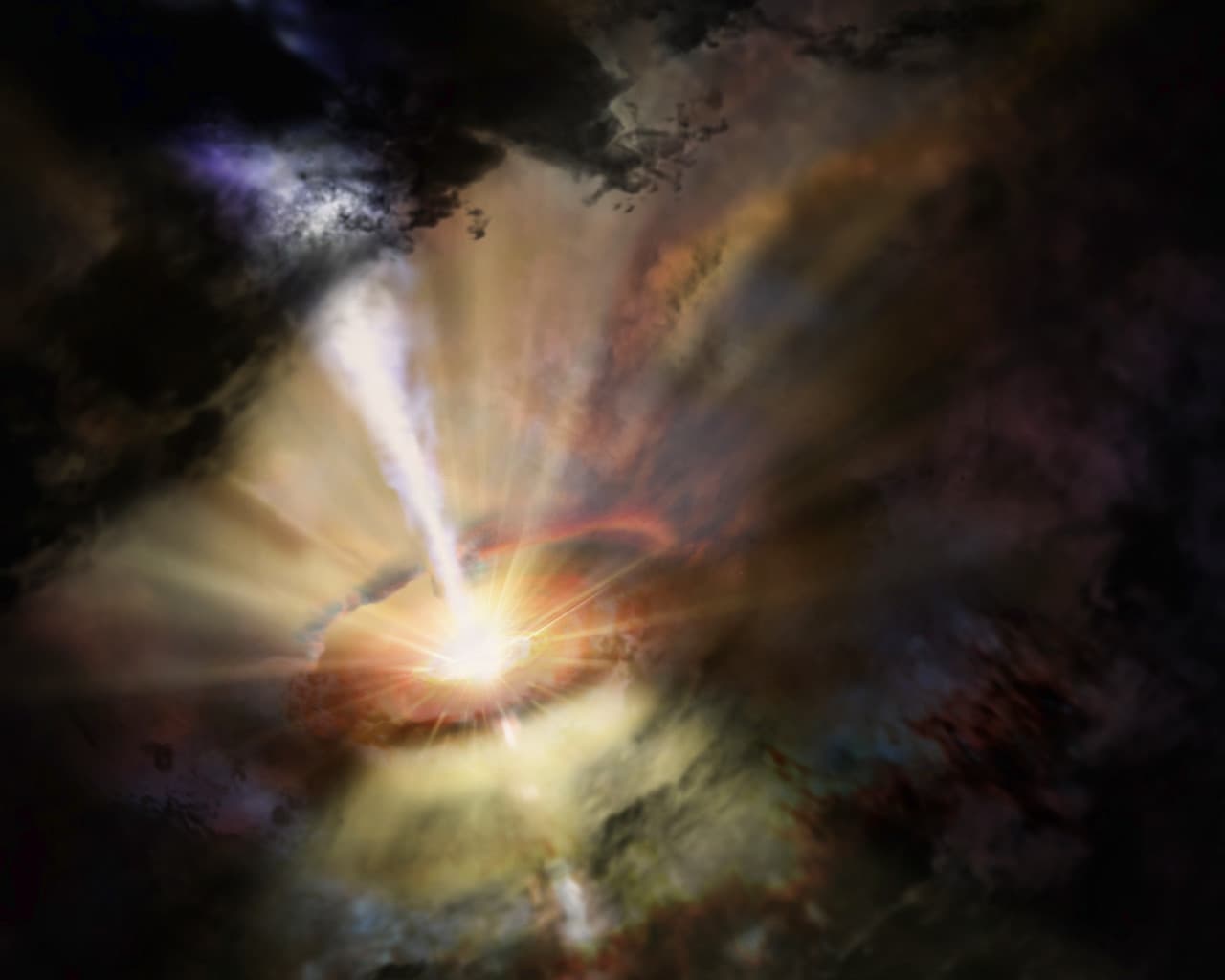 Not a Picky Eater

Black holes have been, and still are, one of the universe’s biggest enigmas. Perceptions over what they are and what they eat keep flipping from one side to the other. After decades of declaring them bald, next thing we know, they have hair.

It was also previously thought that supermassive black holes only consume hot ionized gases. And now, for the first time ever, astronomers caught one red-handed, feeding on cold, dense clouds.

“Although it has been a major theoretical prediction in recent years, this is one of the first unambiguous pieces of observational evidence for a chaotic, cold ‘rain’ feeding a supermassive black hole,” said Yale astronomer Grant Tremblay, who lead the study.

Tremblay and his team saw the clouds, traveling as fast as a million kilometers per hour, heading towards a black hole in a galaxy located at the center of Abell 2597, a cluster of about 50 galaxies one billion light years away from Earth.

Will the Black Hole Finish its "Dessert"?

Megan Urry, co-author of the study, says while she is not certain whether all of these cold gas clouds will be consumed by the black hole, the observation, captured by the Atacama Large Millimeter/submillimeter Array (ALMA) in Chile, is an important find.

“We can’t know whether all or only part of this ‘meal’ of cold gas will ultimately fall into the black hole, but the ALMA data spectacularly highlights the importance of this kind of cold accretion,” she says.

Co-author Louise Edwards, says this “a real step forward” in further understanding how the active galactic nuclei (AGN), or the luminous centers of galaxies, interact with the rest of the galaxy.

The researchers plan on using the ALMA to keep a lookout for similar “rainstorms” to establish if they are a common phenomenon in the universe.

Read This Next
Black Hole's Sun
Scientists Just Released the First-Ever Image of a Black Hole
On The Event Horizon
Here's Why Everyone's so Excited About the Black Hole Image
Black Hole Sun
Here's the Best-Ever Image of the Black Hole Devouring Our Galaxy
Diving In
360-Degree Video Shows What It's Like to Fall Into a Black Hole
Futurism
Astronomers Just Discovered Three Planets in an Entirely New Way
More on Off World
Light Me Up
Yesterday on the byte
Wall of Lasers Cuts Across Hawaii's Night Sky
Water Sign
Yesterday on the byte
Scientists Find New Evidence of Hidden Ocean World in Our Solar System
Trashing Orbit
Thursday on the byte
Elon Musk Says SpaceX May Build Starship That Dies on Purpose
READ MORE STORIES ABOUT / Off World
Keep up.
Subscribe to our daily newsletter to keep in touch with the subjects shaping our future.
+Social+Newsletter
TopicsAbout UsContact Us
Copyright ©, Camden Media Inc All Rights Reserved. See our User Agreement, Privacy Policy and Data Use Policy. The material on this site may not be reproduced, distributed, transmitted, cached or otherwise used, except with prior written permission of Futurism. Articles may contain affiliate links which enable us to share in the revenue of any purchases made.
Fonts by Typekit and Monotype.