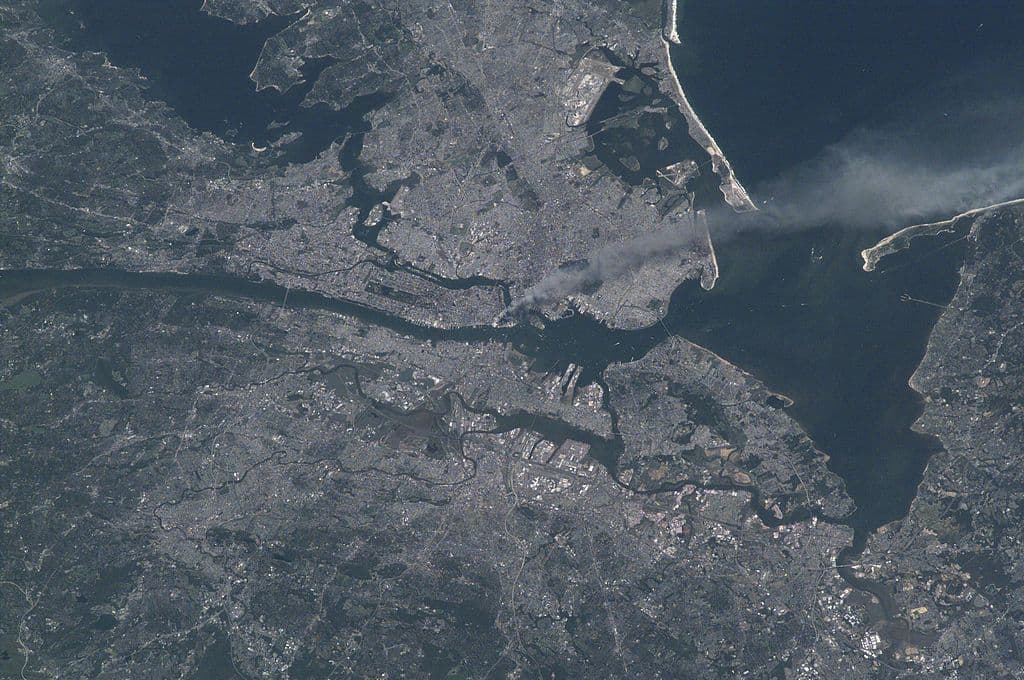 Not everyone who witnessed the September 11th attacks did so from planet Earth. Frank Culbertson was the only American not on the planet when the 9/11 terrorist attacks occurred. Today marks the 13th anniversary of these attacks.

At the time, Culbertson was aboard the International Space Station (ISS) approximately 250 miles (400 km) above Earth. With him were two Russian cosmonauts. The trio watched in amazed horror as the events unfolded on the planet below. As Culbertson saw the smoke billowing out from Lower Manhattan, he began recording. Satellites also tracked the attack site from orbit.

Culbertson's story is sobering and unsettling. He describes watching the tragedy unfold as the ISS orbited the planet over and over, seeing the sky slowly clear of all planes, and learning about the death of a classmate from the naval academy. Hear his story here.