"As Above, So Below" by Stephen Oachs 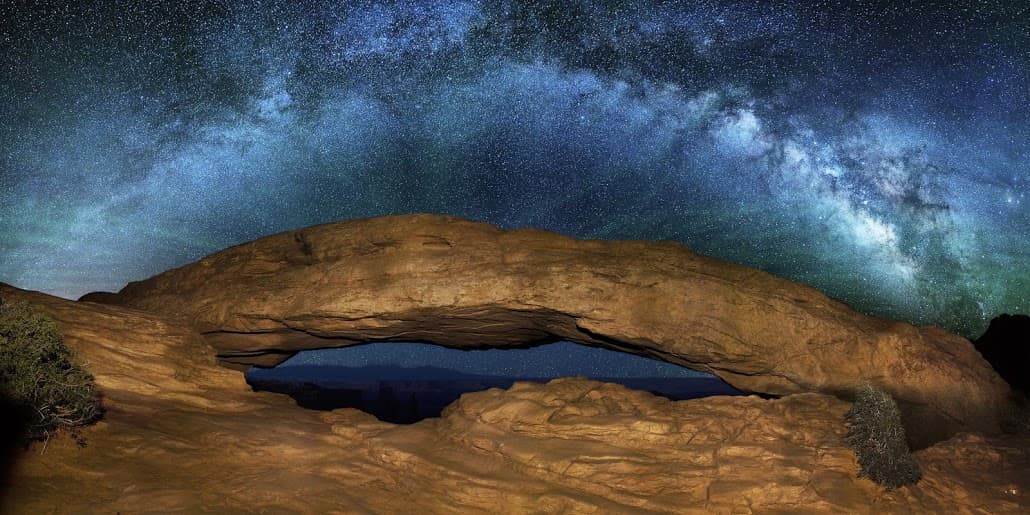 Everybody loves nightscapes, and this is no exception. Titled "As Above, So Below" this image was taken by Stephen Oachs in at the Canyonlands National Park Utah. This image is a 24-image panoramic shot, creating about 345 megapixels in total. When the panorama is laid out flat, the Milky Way seems to arch in-step with the Mesa Arch adding a fantastic dynamic to this image.

Stephen describes this alignment, "This stone archway, known as Mesa Arch, was formed from millions of years of erosion yet it's merely an infant when you compare it to the Milky Way on the galactic clock. During a certain time each year the Milky Way rotates into alignment providing a rare opportunity to capture both heaven and earth in symmetry...as above, so below."

While discussing the image, Stephen says the Milky Way is one of the most beautiful natural wonders someone can experience. I'm certain everyone who has seen the Milky Way under a sky devoid of light pollution will agree.