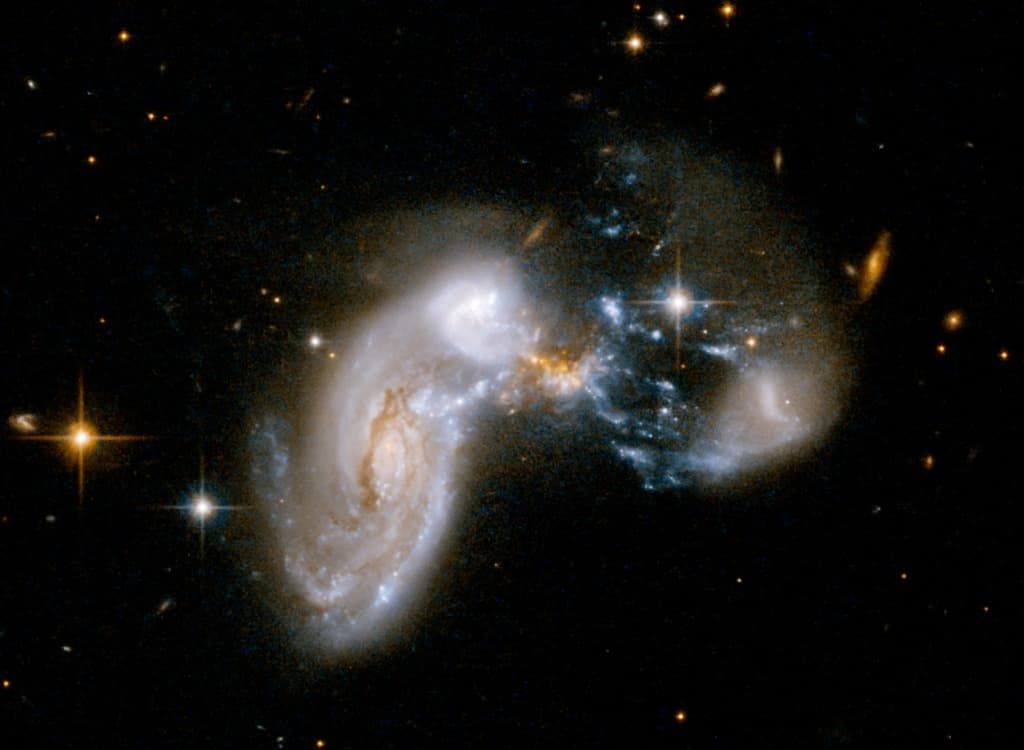 One universal truth is that spacetime is expanding at an ever-increasing speed. Some people take that to mean all galaxies are moving apart at all times. In reality, gravity still exerts its presence, and we see examples all the time with colliding galaxies.

Zw II 96, which can be found around 500 million light-years from Earth toward the obscure constellation of Delphinus, is the result of one such galaxy merger. As you can see by the disjointed frame of Zw II 96 (otherwise called II Zw 096), at least two different galaxies are involved in the merger.. and they haven't yet settled.

In the interim, the effects reverberate all through the galaxy, and can be seen in the splotchy blue sections. These regions are home to many clusters of high-mass blue stars. Several distant galaxies are also in the frame, although they look more like stars than galaxies. (See a larger image here)