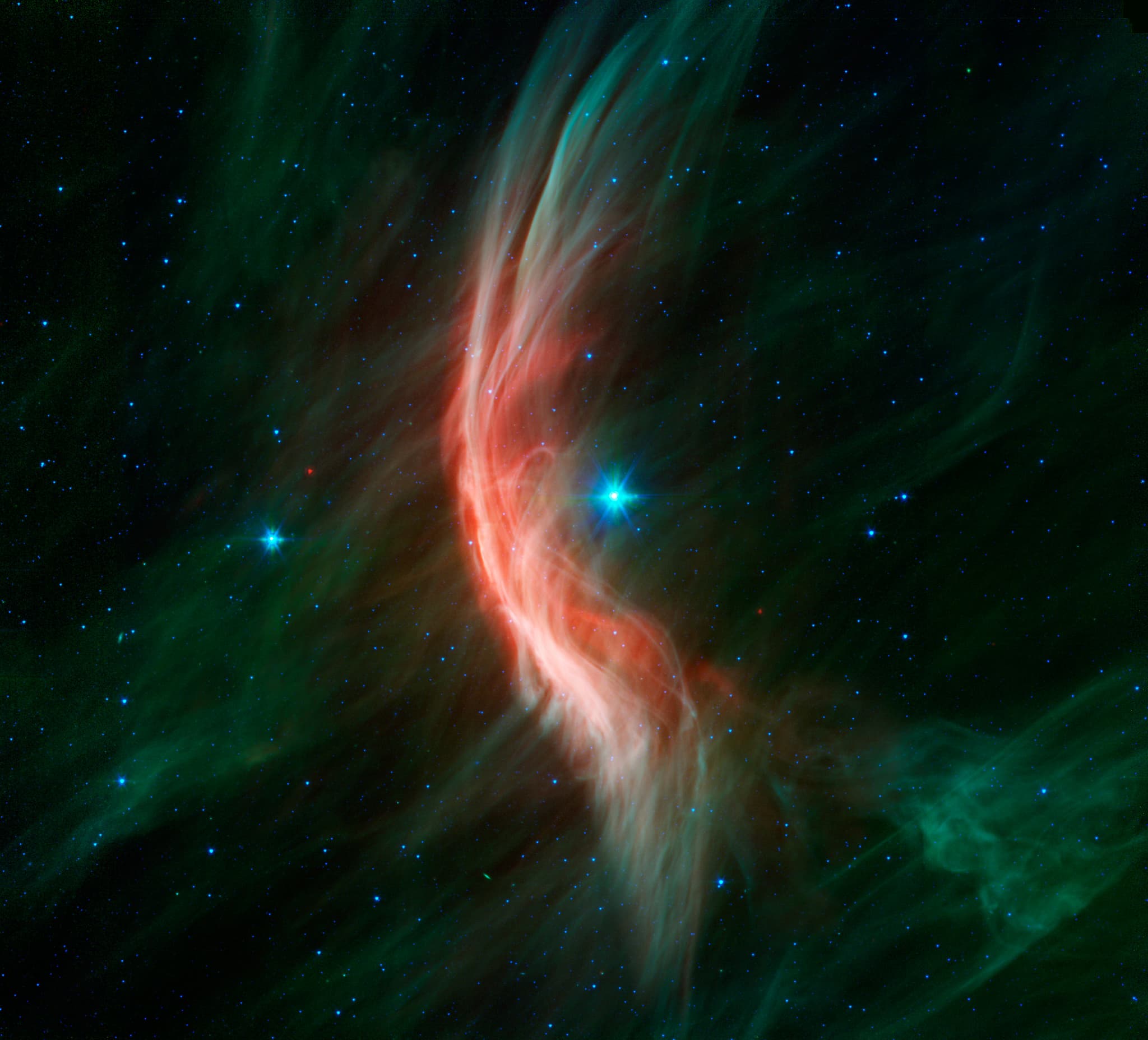 If you needed proof that one, solitary star can make waves, look no further than Zeta Ophiuchi: a runaway star situated about 460 light-years from Earth in the Ophiuchus constellation.

The most notable feature of this region is the extensive bow shock the star generates as it plows through the interstellar material that surrounds it — not unlike a boat traveling through the water. Only instead of skidding along at a comfortable pace, Zeta Ophiuchi is traveling at nearly 24 kilometers per second. The most likely explanation for the star's quick speed is that it was once part of a binary system, with a much larger companion star that went supernova. In the aftermath of his cataclysmic event, Zeta Ophiuchi was thrust out into the galaxy with an incredible amount of force.

As anther bit of trivia, Zeta Ophiuchi is about 65,000 times brighter than the Sun, and it is surrounded by a bunch of dust. This blocks a lot of the light the star emits thus, it appears dimmer from our perspective (it would otherwise be one of the brightest stars in our night sky). This particular image, taken by the Spitzer Space Telescope, spans about 12 light-years in totality.