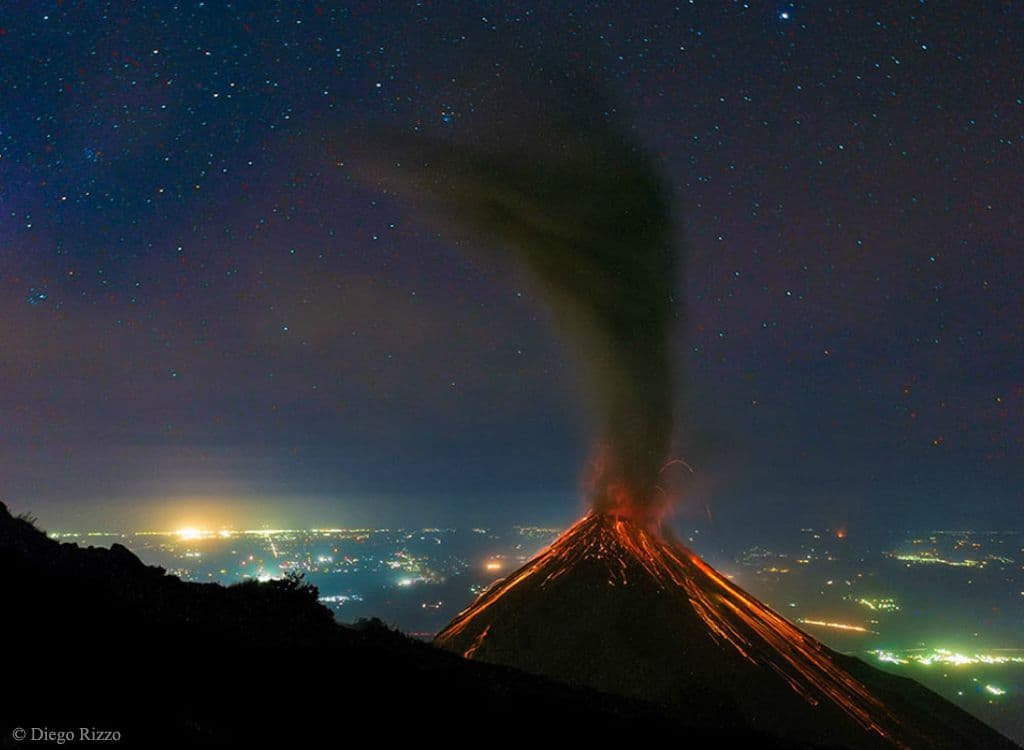 An unlikely image captures the moment Guatemala's Volcán de Fuego—otherwise known as the Volcano of Fire—erupted earlier this year. Photographer Diego Rizzo was standing above the active volcano, which is known for its near-constant small-scale outbursts, when molten lava started to seep out of de Fuego. The subsequent pillar of smoke stands in contrast to the blue-tinged night sky, and the bright city lights from the town below.

White pinpoints of light also pepper the sky, serene compared to the geological and human activity also featured in this image.

The volcano—located around 10 miles (16 kilometers) west of Antigua—has experienced two major eruptions in the last few years. The first took place on May 19, 2012, which ultimately spat a plume of ash 16,000 feet (5 kilometers) high. The second happened on February 8, 2015—an eruption that triggered forest fires, and lava flows that extended more than 1.2 miles (2,000 meters).