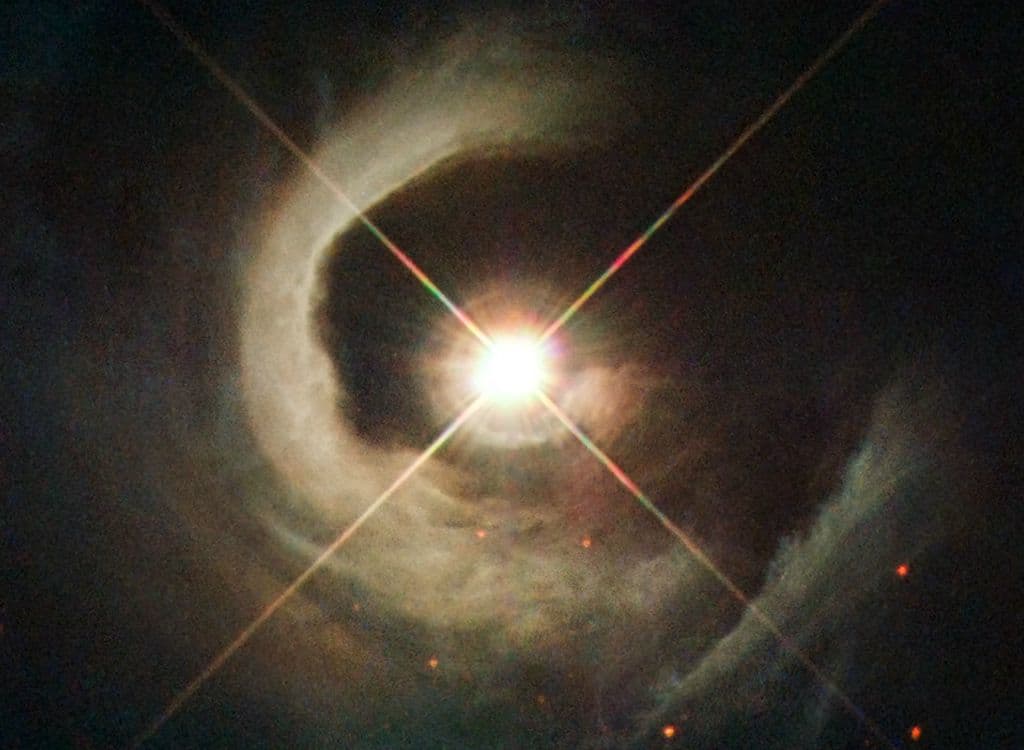 A stunning new image from the Hubble Space Telescope captures the fiery environment surrounding a young, active star, which can be found approximately 1,800 light-years from Earth in the Cygnus constellation.

The central star, called V1331 Cyg, lurks within the confines of a dark nebula, known as Lynds 981 (LDN 981 for short). Due to the dense concentration of interstellar dust nearby, the light from the star, which is technically classified as a T-Tauri star (sometimes referred to as Young Stellar Objects, or YSOs), bounces within the internal walls, generating an impressive reflection nebula—even more impressive considering the fact that the star hasn't yet entered the main sequence phase of stellar evolution.

That's not even the most interesting part. As NASA notes, this particular star is noteworthy because, from our vantage point, we can see its poles. Normally, our view is obstructed by the dust-filled circumstellar disk. As such, we are able to see V1331 Cyg's jet, and with continued observation, we'll be able to watch as the jet slowly degrades gas and dust in the circumstellar disk, until the star fully emerges from the 'womb.'

Perhaps we'll even be privy to front row seats when (or if) a low-mass object (like a planet) forms within the outermost portion of the disk.