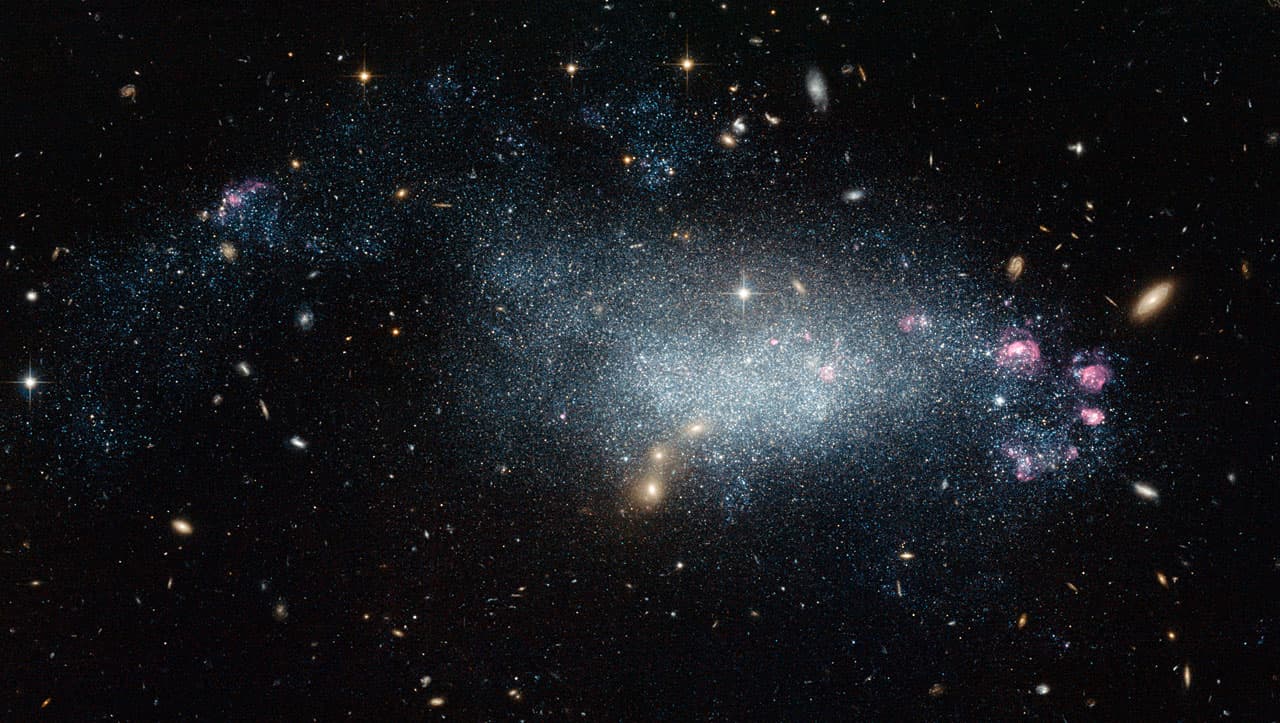 This brand new image presents many tantalizing mysteries about UGC 5340 (otherwise known as DDO 68): an unusual dwarf galaxy found about 39 million light-years from Earth in the Leo constellation.

Because of the expansion of the universe, astronomers usually look at the most distant galaxies that still reside on this side of the light horizon — defined as the region in which enough time has passed for the light from distant objects to journey across 13 billion light-years of spacetime, to arrive at our proverbial front door — to see the universe as it was in its infancy. Counter-intuitively, this odd-ball galaxy, which is essentially our neighbor on a cosmic scale, bears many characteristics of a much younger galaxy (even more perplexing given the fact that all of the other galaxies located in its vicinity look their age).

So recently, Hubble aimed its powerful lens toward  the galaxy in hopes of determining whether or not UGC 5340 is really as young as it appears to be. Their research was inconclusive, with the team saying: