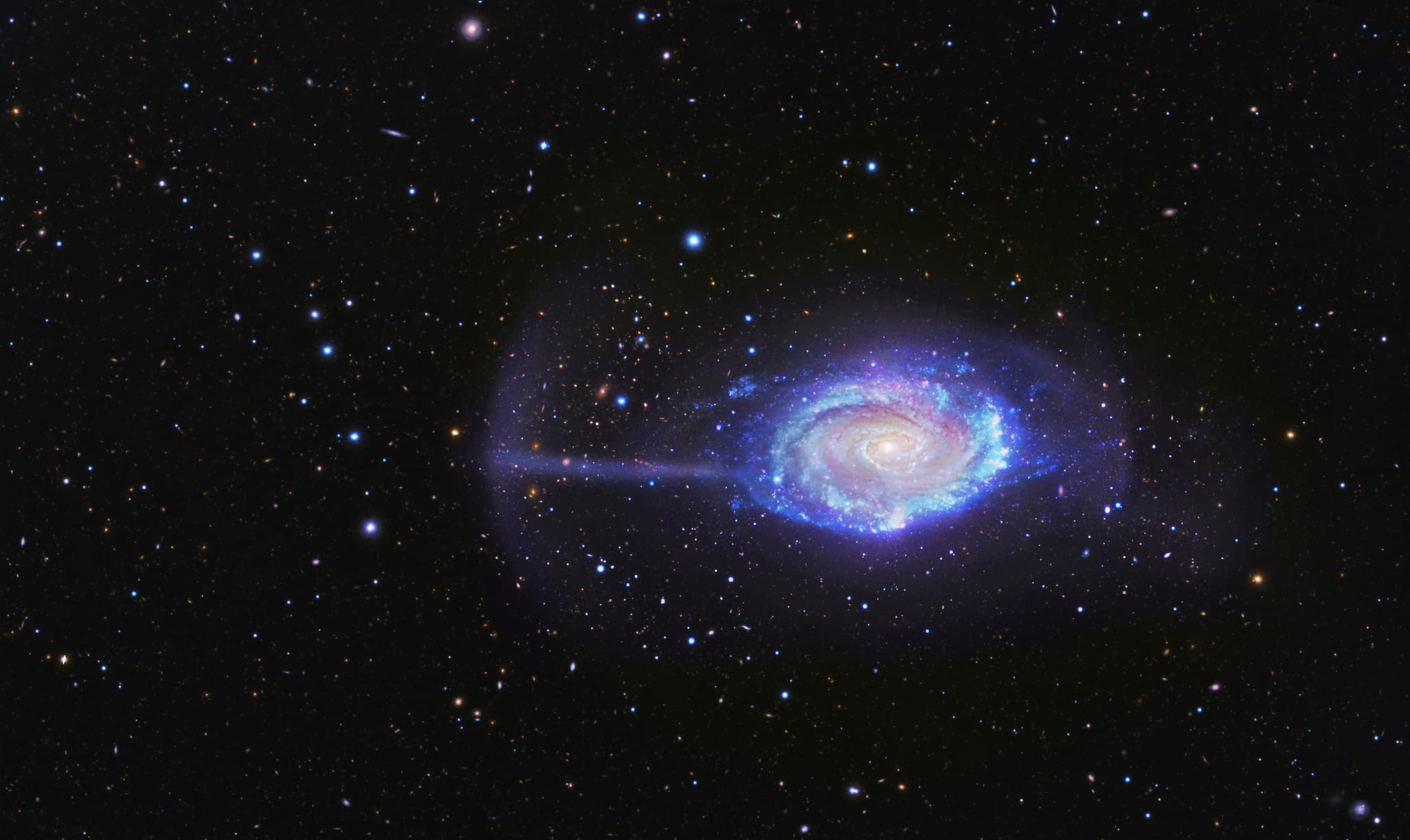 Lurking about 62 million light-years from Earth is a galaxy worth celebrating, called NGC 4651 (otherwise known as the Umbrella Galaxy).

This beautiful island universe is a spiral galaxy found in the Coma Berenices constellation. Though it's more unconventional than the Milky Way  looks-wise, both share many of the same characteristics.Namely, both are roughly the same size, each spanning approximately 100,000 light-years across. Both also have a bright central disk. The difference is, as the nickname suggests, NGC 4651 has two faint wisps of material that intersect, ultimately making the galaxy resemble a cosmic umbrella. Impressively, the main wisp spans nearly twice as long as the galaxy itself (about 100,000 light-years beyond the disk and its tenuous halo).

Though perplexing at first, astronomers have now come to the conclusion that the wisp is a tidal tail (like those seen surrounding the Antennae Galaxies), one generally left behind following a gravitational encounter, or a merger of two galaxies. The latter appears to be the culprit here, with the region showing signs of multiple gravitational perturbations. However, recent research suggests otherwise.