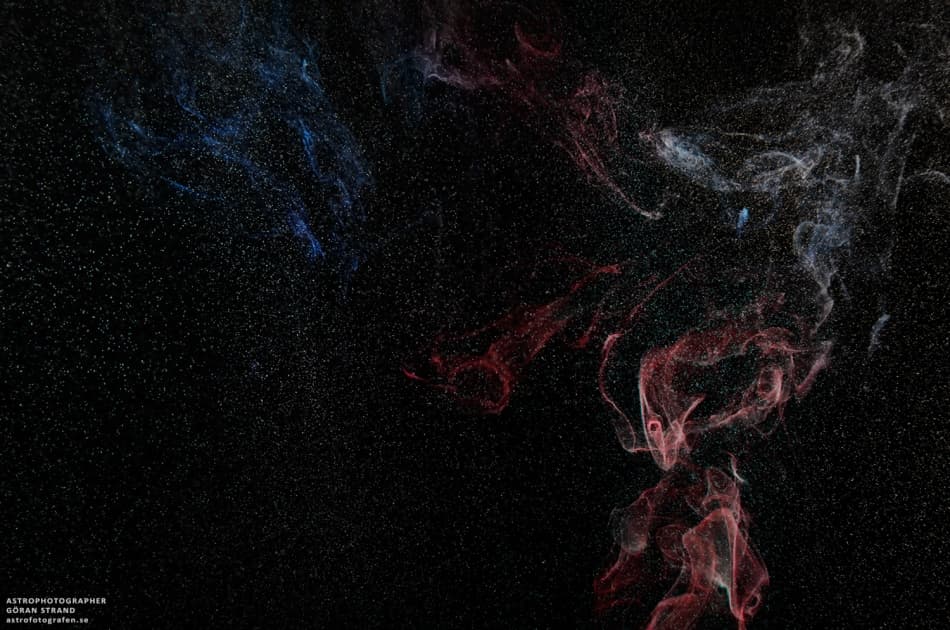 This wispy, one-of-a-kind 'nebula' is aptly named the Smoke Nebula (formally known as NGC 7841). It's one-of-a-kind in the fact that if you were to look on the NGC/IC Project listing for this specific object, you would eventually notice that NGC 7841 doesn't actually exist.

Though the Smoke Nebula looks a lot like an expanding supernova remnant from a star that exploded long ago, this nebula existed only for a few seconds at a distance of a few light-nanoseconds from the planet we call home. Located in the obscure constellation of Frustriaus, this image was captured by Goran Strand, an astrophotographer lucky enough to be in the right place at the right time, with the right skills.

Goran, who lives in Sweden, was in the midst of a cloudy spell that just wouldn't break. After conceding that he probably wasn't going to be able to capture the images he set out for, the incredible photographer decided to use a clever combination of rising smoke and the flash on his camera to create this strange masterpiece. The rich "star field" in the background was created using droplets of water Goran made with a regular plant mister. The picture itself is a single exposure, but three separate flashes help give it the texture and that makes this faux shot look so authentic.

See The Full Collection Below: