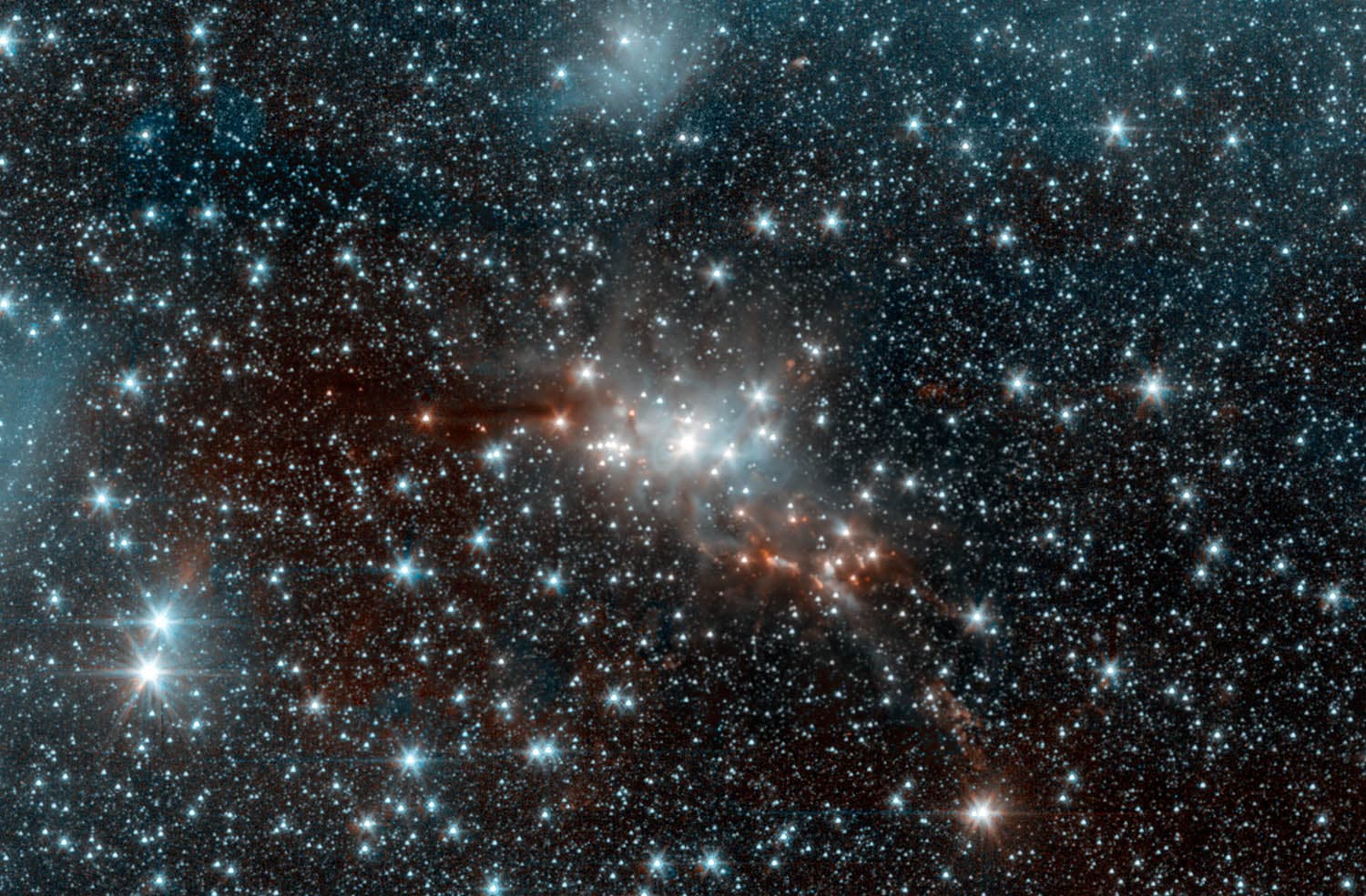 Earlier this year, Spitzer captured this image of one of the youngest groupings of stars in the Milky Way. Called the Serpens Cloud Core, these stars lurk about 750 light-years from Earth in the Serpens constellation.

In addition to being young, the stars in the Serpens Cloud Core are also, generally speaking, low-mass, which means they lack the bells and whistles more famous star forming regions, like the Orion and Taurus Molecular Clouds, are known for. Instead of bright, blue-white stars, that grow to be immensely large and are short-lived, these stars generally hang between our Sun and red dwarfs in size.

They still yield valuable clues into stellar evolution, especially the first stages that proceed the formation of a new star. Specifically, the stars in question are in the very first stage of development, and in this image, they are represented by different colors: orange, red, and yellow.

The image itself was taken during Spitzer's "warm mission" phase, which began in May of 2009, after the revolutionary infrared observatory consumed the remainder of its liquid coolant supply. (See a larger image here)