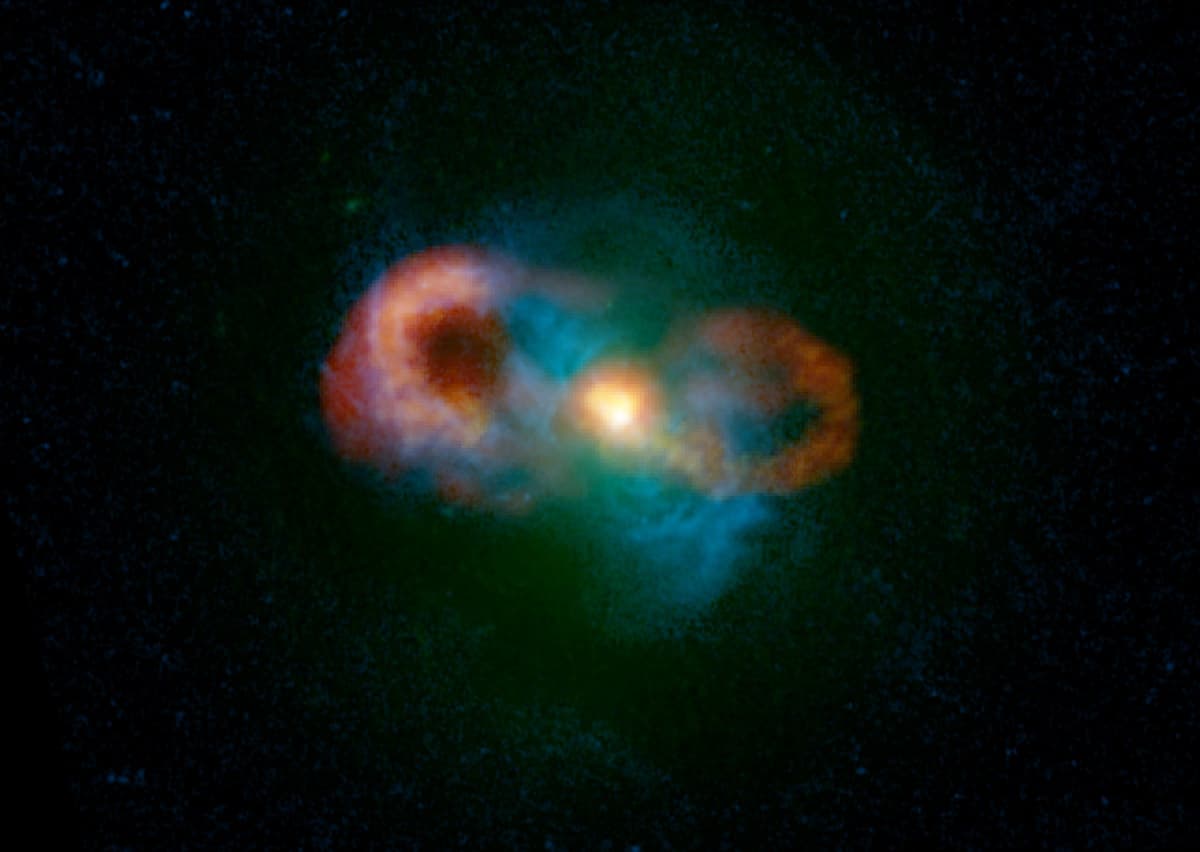 This unassuming object may not be as picture perfect as a spiral or elliptical galaxy, but a new image from the Very Large Array (VLA) brings an otherwise insignificant galaxy into focus.

Called the Teacup Galaxy (otherwise known as J1430+1339), this image clearly outlines the surprising flurry of activity taking place within its central core, which is known to harbor a supermassive black hole with more mass than millions of Suns combined. Like all active black holes, this galaxy's dynamics are shaped by its whims, and not necessarily in a good way.

It wouldn't be entirely hyperbolic to say the black hole is sucking the life out of it. Indeed, as the outbursts imply, the black hole is plowing through the galaxy's gas supply so quickly, less and less stars are coalescing. Eventually, the galaxy will devolve from an active, star forming galaxy, into something much darker, and far more barren.

This transformation has already begun, according to researchers from NASA (and confirmed by the VLA team). Until it comes to a close, there are several key features that are noteworthy, including the huge bubble-like formations that seem to wrap around the whole galaxy. In reality, they span an impressive length of 30,000 to 40,000 light-years on both sides of the core, with smaller subsets around 2,000 light-years in size branching off.

The researchers note that "these jet-like structures are located at the position where visible-light observations indicate gas is being accelerated to speeds up to about 1,000 kilometers per second." They continue:

The Teacup Galaxy can be found more than 1 billion light-years from Earth (You can find a larger image here).