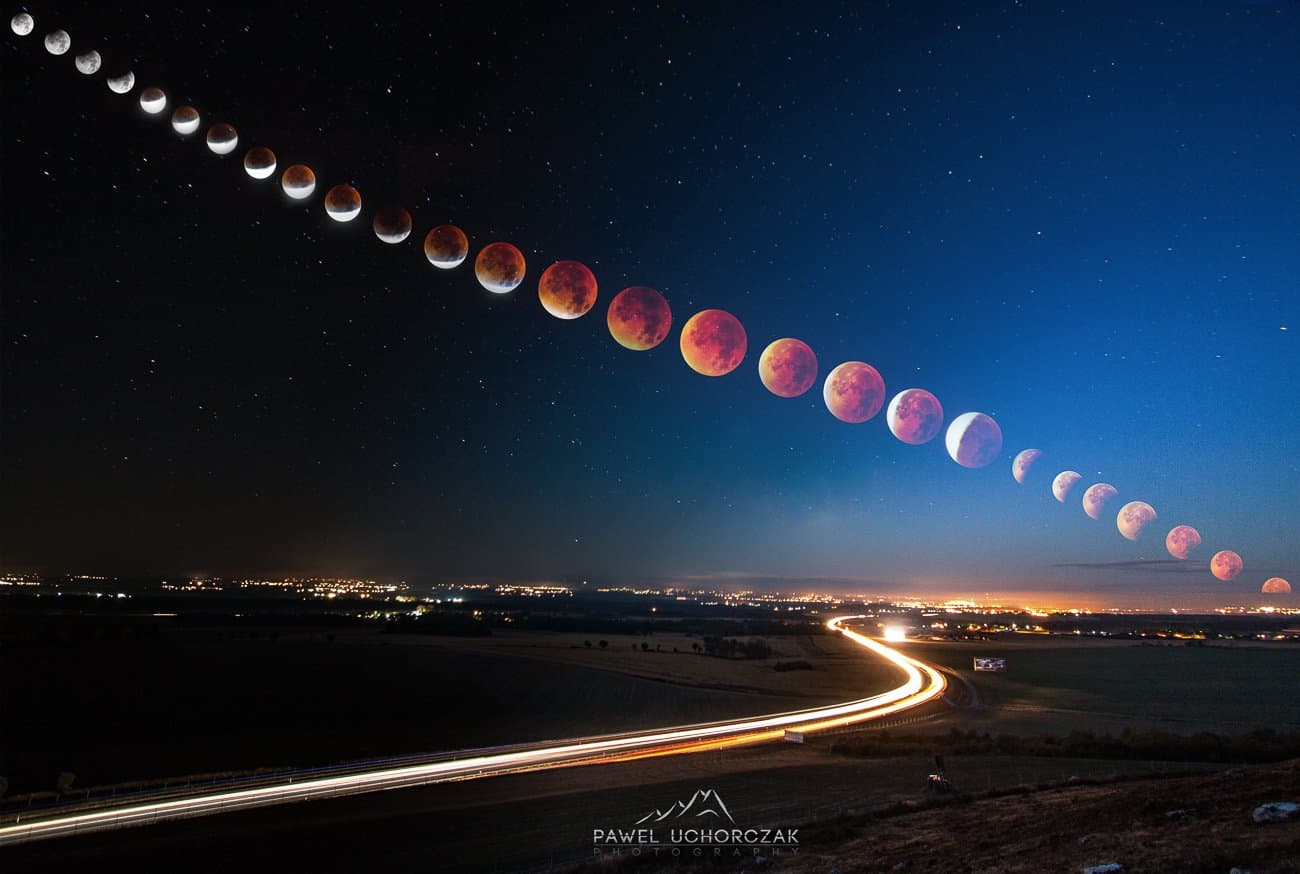 Last weekend, stargazers were treated to a wonderful sight: when a rare eclipse swept across the lands over the course of an hour (or so). It was a triple threat. Not only did we see a total lunar eclipse, but a blood moon as well. And to top it off, the full moon was at perigee (its closest point from Earth)—presenting us with a supermoon.

This time-lapse image, which was taken by Paweł Uchorczak, captured each stage of the eclipse as it unfolded... making for a total of 30 separate frames. Once the event was over, each frame was superimposed on the background image.. though the moons clearly aren't to scale. This is way more realistic scale-wise:

Although it's not the first of its kind, the next super blood moon eclipse won't happen until October 8th, 2033. (See more of Pawel's work here)