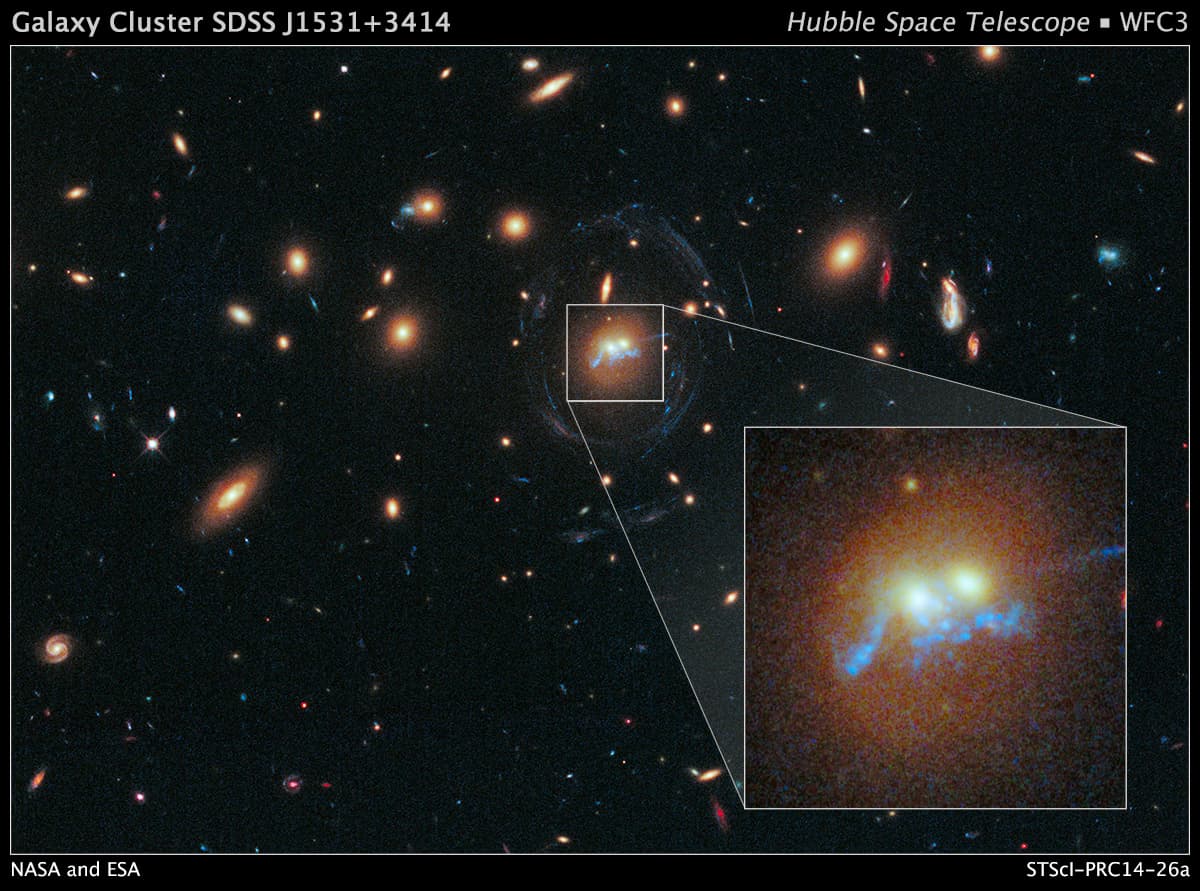 This newly-released Hubble image shows two galaxies from a distant cluster, dubbed SDSS J1531+3414, that are staring into the eye of a massive storm. You see, these galaxies are already in the initial stages of a merger. For now, they remain separate, but in the coming years, gravity will eventually draw both of them together until they become one galaxy, losing their separate identities forever

That day has not yet arrived, which gives us the  chance to see the galaxies independently. When viewed from afar, the structure — including the two galaxies, which span approximately 330,000 light-years across each — is nothing too extraordinary, but when viewed up-close, the galaxies resemble a string of cosmic pearls (the scientific name for this phenomenon is called "beads on a string" star formation)...with each "pearl" separated by precisely 3,000 light-years. Together, they comprise a misshapen, knotted rope of hot, gaseous hydrogen filaments, with large patches of new stars scattered throughout.

We've seen similar wisps before (especially after two galaxies merge). What is unusual, however, is that the effect is noticeable on a large-scale.. particularly with elliptical galaxies facing imminent mergers.

Additionally, it's very rare to see such a merger spark a new epoch in star formation because, unlike their spiral counterparts, elliptical galaxies contain very little raw star formation material (i.e. gas and dust). So even though the remainder of each galaxy's star formation material is shifted into the confines of one, much larger galaxy, there still generally isn't enough left over to generate such a noticeable amount of new stars. In this case, stellar nurseries extend approximately 100,000 light-years across (roughly equivalent in size to the Milky Way).