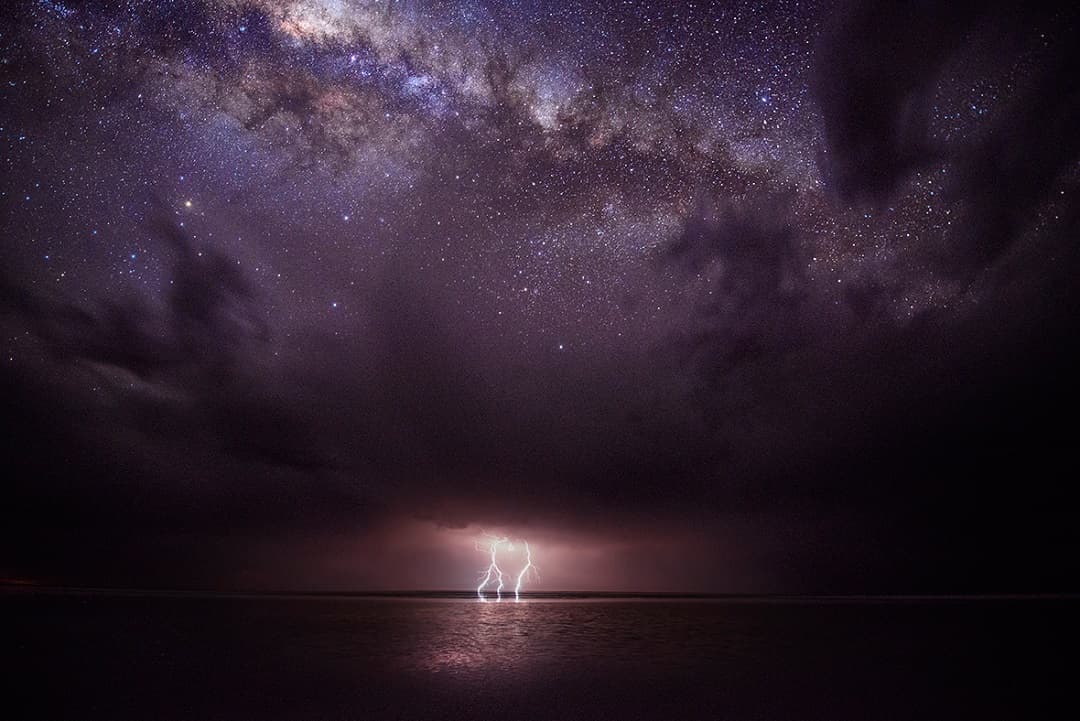 The forces of nature beautifully combine in this image taken over Kati-Thanda-Lake Eyre National Park. On one end, a storm front brews violently, unleashing bolts of lightning that set patchy dark clouds alight. On the other, water below mirrors the light, which adds an extra dimension to an already amazing creation.

Of course, the focal point of the image isn't really the clouds, the water or the lightning, but farther up—where the light from stars comprising the Milky Way's center trickle through the vast amounts of dust concentrated therein.

I couldn't find much information about the technique the photographer, Julie Fletcher, used, but here's what the panel for the astronomy photographer of the year (an award Fletcher is up for) had to say:

The photographer had watched the storm front over Kati-Thanda-Lake Eyre National Park in South Australia for around two hours before capturing this tumultuous scene, using a graduated filter upside down to balance to exposure from top to bottom to showcase the beauty of our Galaxy.

You can find a larger image here (see other 'APotY" contestants here and here).