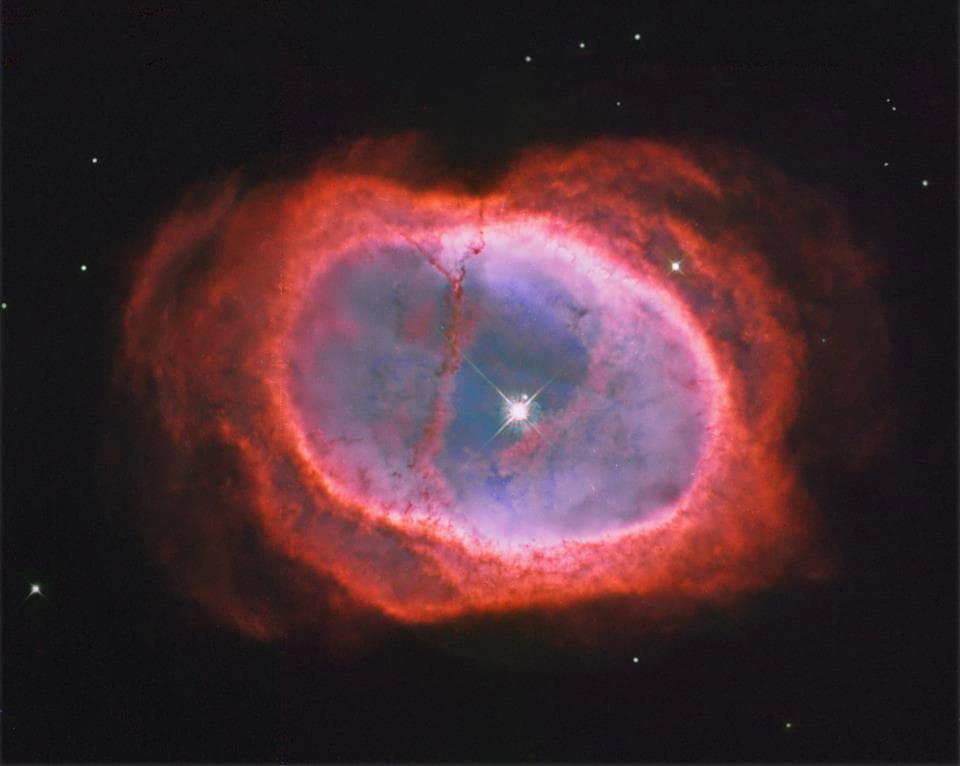 The subject of this dynamic portrait of a dead star is located more than 2,000 light-years away (in the constellation known as Vela).  NGC 3132, as its formally called (the Southern Ring Nebula, the Eight-burst nebula, and Caldwell 74 are just unofficial nicknames), is a planetary nebula that was formed in the final moments of a sun-like star's lifetime. In fact, our own Sun may one day form something similar to this (don't panic though, we still have about 4 billion years left).

Once the reserve of fuel forged in its core was gone, with the red giant phase of stellar evolution a fresh memory, the star expelled its outer layers of gas off into space, forming this intricate nebula, equipped with a cooler shell of gas with filamentary dust lanes. The purplish area is representative of the light streaming from the surface of the hot white-dwarf at the nebula's center.

One of the most poetic things about the universe is the fact that from death, new life arises. It's a continuous cycle of rebirth. If that isn't beautiful, what is?