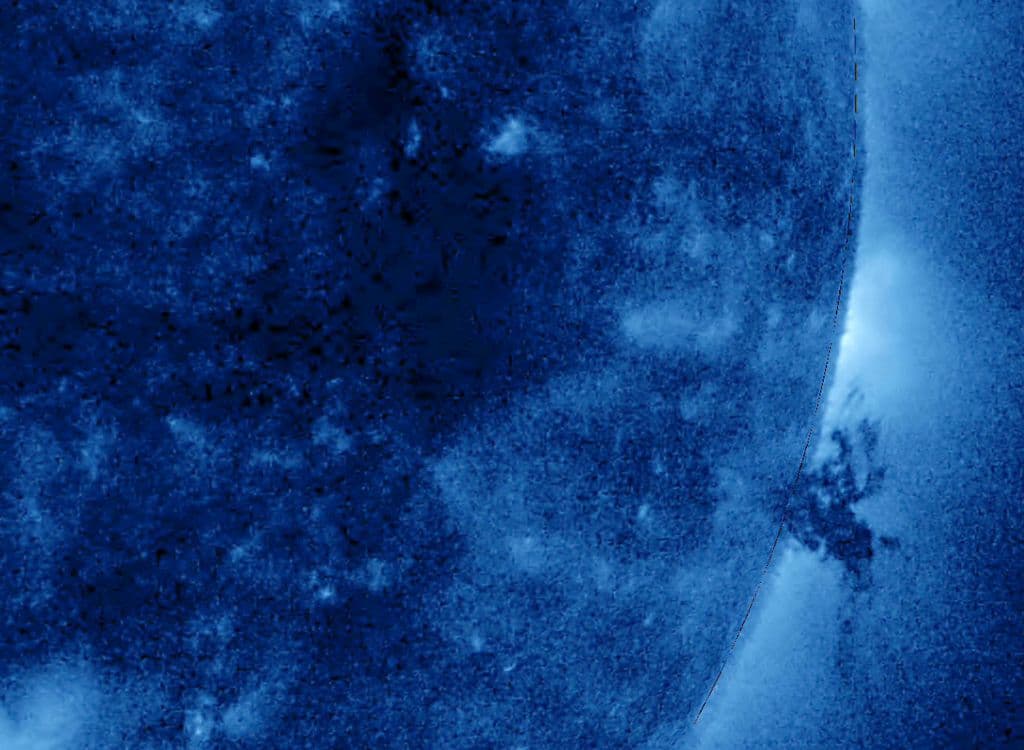 As El Niño brewed in the Pacific, a much larger and more volatile storm raged over 93 million miles (150 million kilometers) away. NASA's Solar Dynamics Observatory, which aims to study the Sun and solar activity, recently watched as a "tornado" sprang up on the surface of our parent star.

The storm, which raged for over 40 hours, played out between September 1st and 3rd. Instead of unleashing wind and rain like a normal storm, this solarnado furiously spun tentacles of superheated plasma. The plasma, in turn, was comprised of ionized iron atoms, which were heated to temperatures exceeding 5 million °F (2.8 million degrees °C).

Of course, this storm rivals even the most powerful in our solar system: like Jupiter's Great Red Spot. SDO solar scientists estimate that the plumes of plasma stretched well over 43,495 miles (70,000 kilometers) high (at their largest point)—making them roughly 5 times larger than the diameter of our blue marble.

About the only thing the storm had in common with Earth was the manner in which it formed. Like all solar storms, it was partially driven by the magnetic forces present on the Sun. The other piece of the puzzle, called the Coriolis effect, is also responsible for the creation of tornadoes on Earth.

Simply put, the Coriolis effect stems from Earth's rotation. Since the Sun also rotates, it's easy to conclude that the Sun experiences a similar force. This solar tornado is living proof.

WATCH: "A Plasma Tornado Was Just Spotted By NASA On Sun’s Surface"