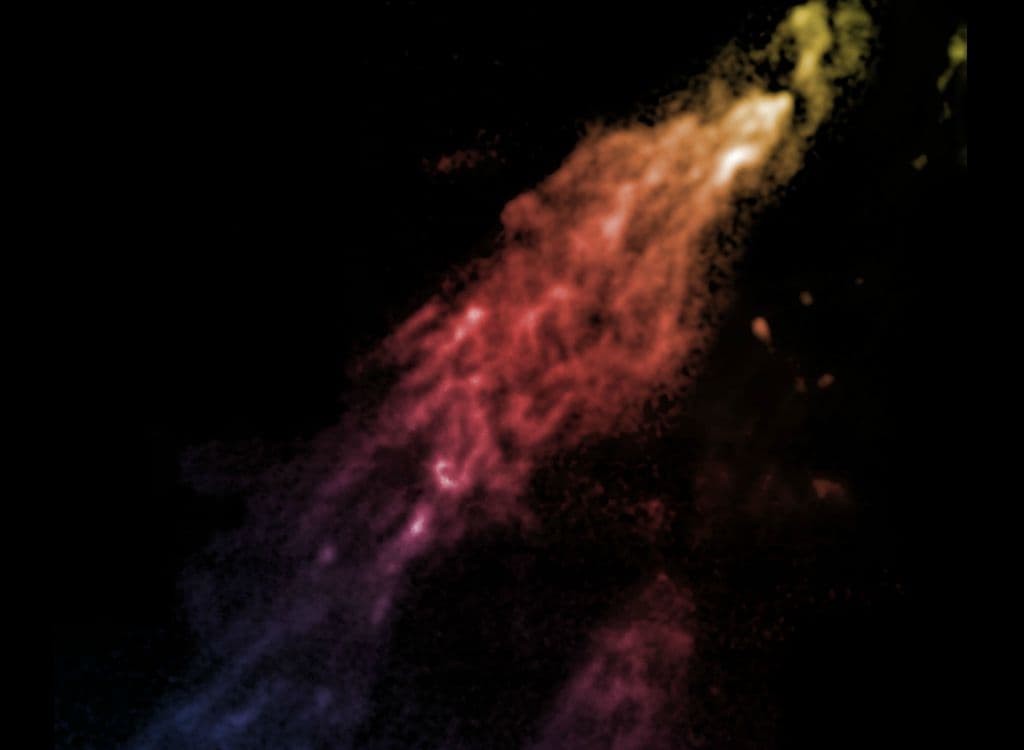 It may not look like much, but you are looking at one of the most mysterious objects known to man. Called Smith's Cloud, it can be found approximately 7,000 light-years from Earth toward the Aquila constellation.

This rogue cloud of gas, which is nearly 10,000 light-years across, 3,300 wide, and weighs more than one million collective Suns, has an angular diameter equaling 10 to 12 degrees. In other words, if we could see it with our own eyes, it would appear about 20 times larger than the full moon (If you prefer, it would fill up the entire constellation of Orion from our perspective).

Here's the kicker: astronomers have traced the cloud's movements back through space and time, and have determined that the object's trajectory took it through the disk of the Milky Way around 70 million years ago. It somehow managed to remain intact, which suggests that the cloud may be encircled by a huge halo of dark matter. In the same way that dark matter keeps galaxies from flying apart, it held the cloud together during the encounter.

This image of Smith's Cloud—taken by the Green Bank Telescope (GBT)—is meant to highlight faint neutral hydrogen emission. Research conducted by the NRAO ultimately showed that the cloud may actually be a failed dwarf galaxy, with extragalactic origins.