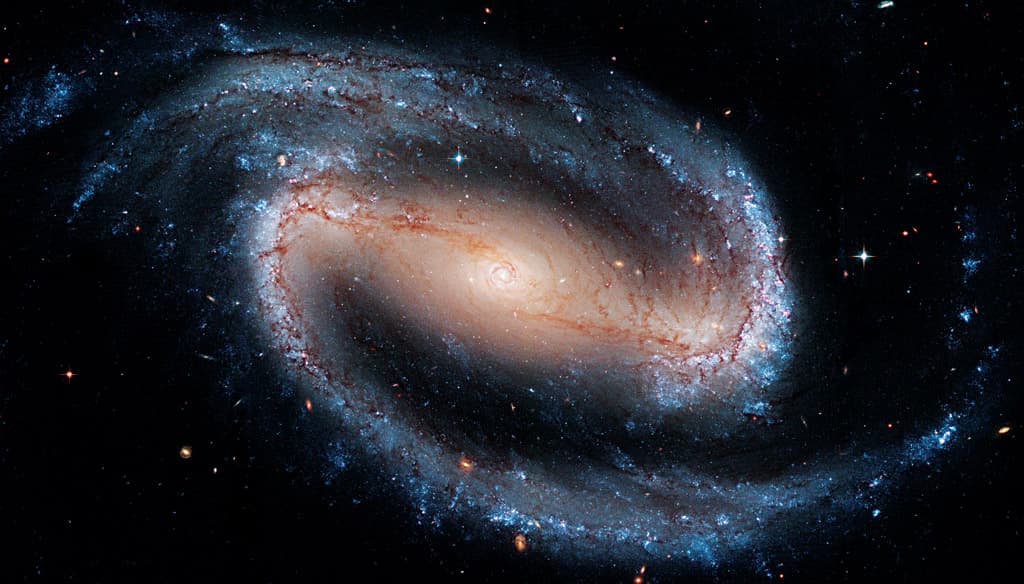 In celebration of Hubble's 25th anniversary, of one of its largest and most spectacular images was revisited. Called NGC 1300, it can be found 69 million light-years from Earth in the constellation of Eridanus.

At around 88,000 light-years across, NGC 1300 is a little bit smaller than the Milky Way (for comparison, it spans approximately 100,000 light-years), but they have much in common. For starters, both are barred spiral galaxies, both have hundreds of billions of stars, and impressive spiral arms and a central bar.

On the note of its central bar, if you look at this region closely, you'll note that there appears to be a second spiral. This kind of structure (a spiral-within-a-spiral) is commonly found in barred spiral galaxies, but it still kicks its beauty up a notch.

Of course, many of the brightest sources of light are not from NGC 1300, but from our own Galaxy. They are easily distinguishable based on the fact that they appear cross-shaped. A large number of faint background galaxies, which are red-tinged (as a result of their distance from Earth), are also visible.