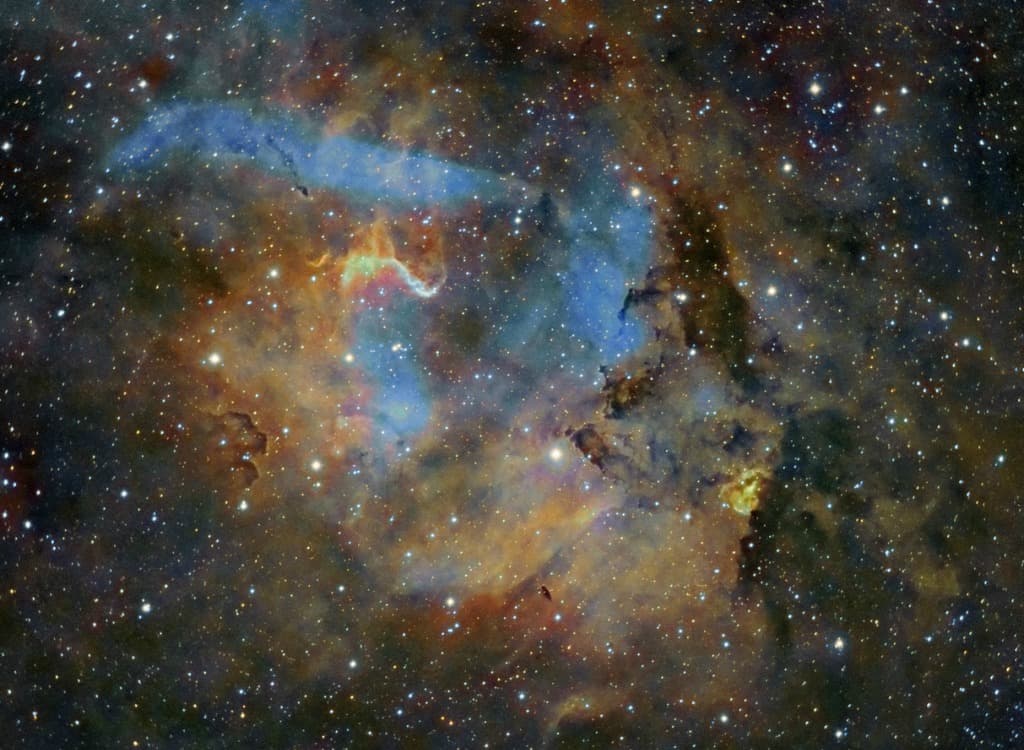 Meet SH2-132 (otherwise known as Sharpless 132)—a large emission nebula located between the border of the Cepheus and Lacerta constellations.

If you've never heard of it before, as most haven't, don't feel too bad. SH2-132 might be large, but it's rather faint and obscure; It's still somewhat easy to find. It lurks in close proximity to three distinct stars—Epsilon, Zeta Cephei and Delta—arranged in a triangle-formation. The nebula is about 1.0 degree from Epsilon, which forms a straight line with SH2-132 and Zeta.

SH2-132's appears to belong to the Cepheus OB1 association, which also boasts one of the largest known stars in existence: an orange hypergiant known as RW Cephei. It may not, however. There's a chance they are merely in the same field of view.

What's known is that two objects—Wolf-Rayet stars known as WR 152 and WR 153 respectively—do most of the ionization. Several other OB-type stars are scattered about.

This image was taken J-P Metsävainio, and he provides several interesting images on his website—including one that eliminates the stars and singles out the gas.