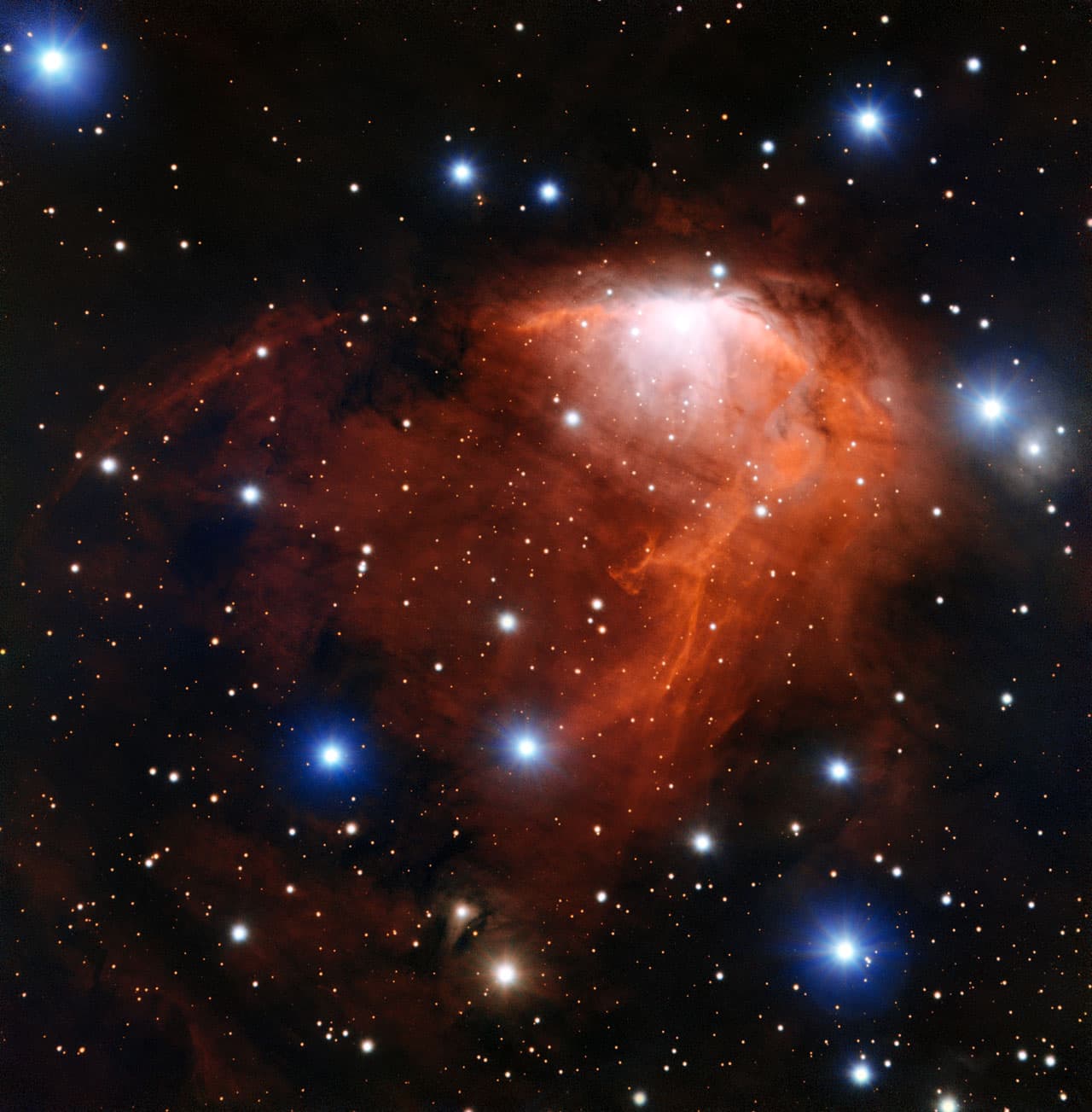 Using the Chile-based 'Very Large Telescope' (VLT), astronomers from the European Southern Observatory (ESO) have captured a stunning new image of RCW 34 (otherwise known as Gum 19)—a star forming region located approximately 22,000 light-years away from Earth, toward the constellation of Vela.

This new version accentuates the glowing red cloud of hydrogen gas, and the bright, blue stars (they appear so much larger than they actually are because of their closer proximity to us) providing contrast. Other stars also pervade the medium, helping spark the flame that sets the gas alight. This process is gradual; it starts when parts of the cloud collapse, triggering the mechanism that brings stars to life. As  they progress from protostars, into full-blown main-sequence stars, the temperatures of their gaseous cocoons rise, ultimately expanding through the cooler gas near the edge. The astronomers explain,