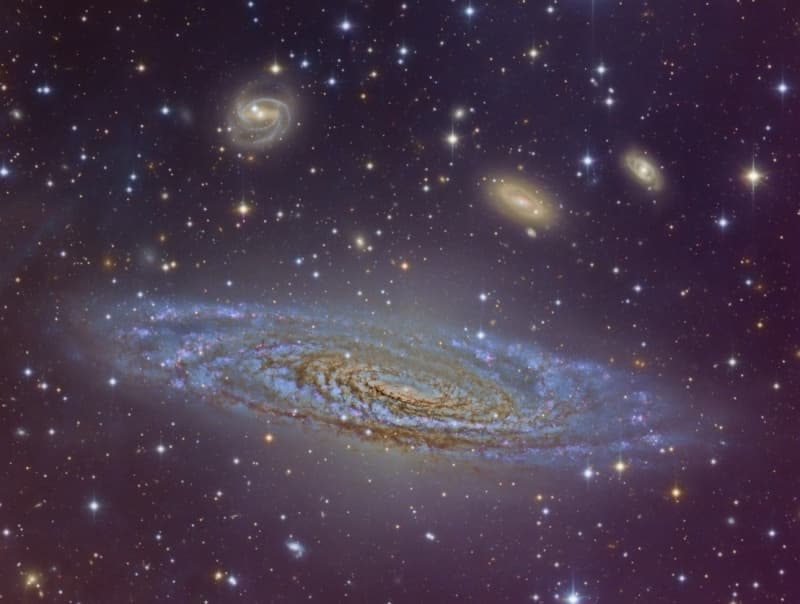 This indescribably beautiful sight shows a large spiral galaxy, dubbed NGC 7331, along with several background galaxies that invade the shot. Some of them can be found approximately 10 times father away from us than NGC 7331 itself is, with the main galaxy inhabiting a span of sky in the Pegasus constellation (some 50 million light-years from Earth).

Other than its sheer beauty and its busy environment, NGC 7331 is known for being among the brightest galaxies not included in the Messier Catalog (the Andromeda galaxy, the Whirlpool Galaxy and the Triangulum Galaxy all fall under this umbrella)

This particular image of NGC 7331 is unlike any ever taken before. It shows an unprecedented look at the foreground galaxies, along with providing the viewer with the deepest view yet of  NGC 7331 and its surroundings. Post processing work helped highlight key details of the galaxy,  including the contrast between the bright and fainter regions.