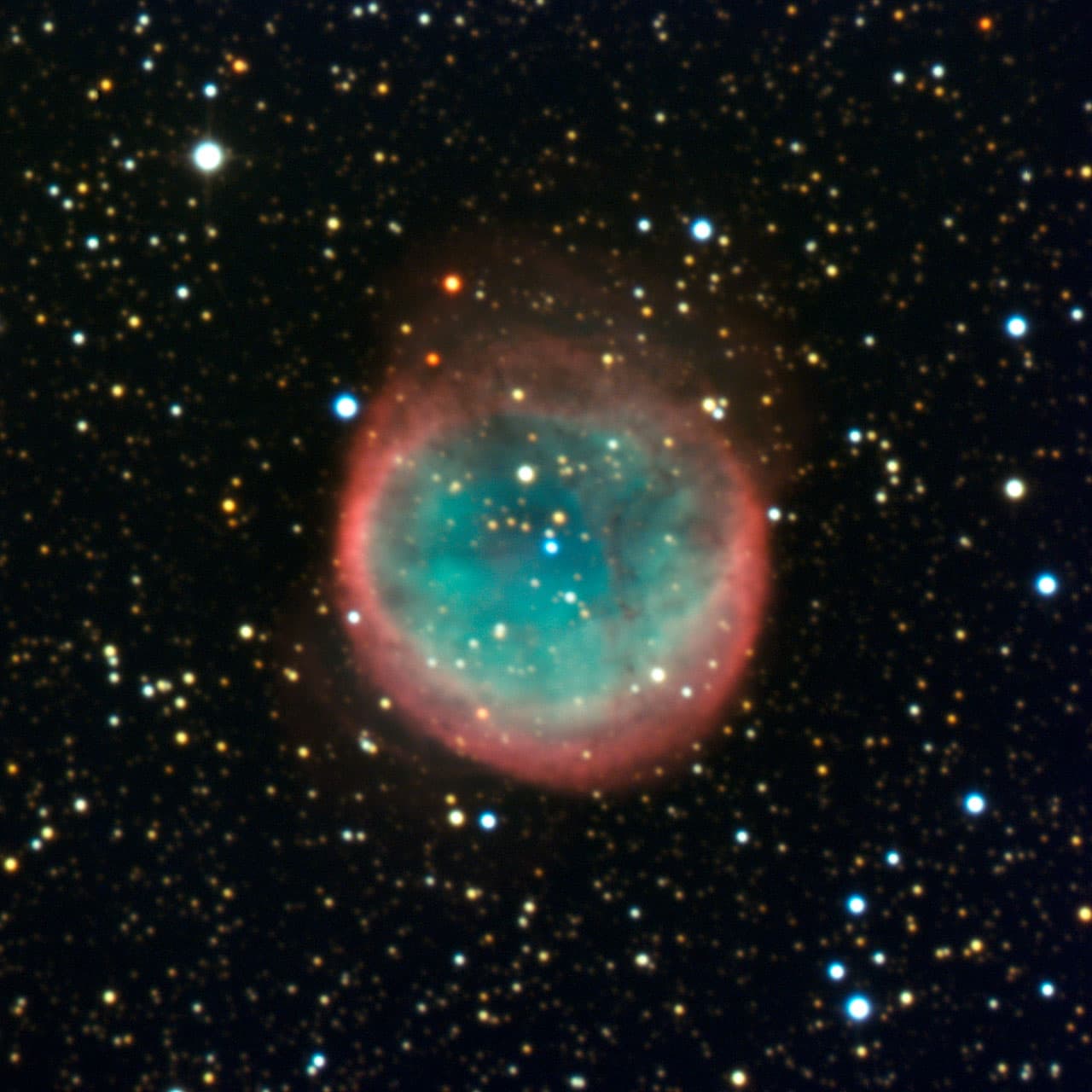 NGC 6781 is a lone bubble drifting through space a few thousand light-years from Earth (within the constellation of Aquila).

Of course, it's not a bubble, but from a cosmic perspective, it is just as fleeting. Instead of being forged from soap, this object was formed by a Sun-like star that once exhausted its fuel supply and bloomed into a red giant, before it ultimately shed its gaseous envelope.

Eventually, these stars create planetary nebulae, which shine brightly for a time, partially thanks to the tiny remnant the stars leave behind—called white dwarfs.

Overall, NGC 6781 spans around 2 light-years across. This image of it was captured using the ESO's Faint Object Spectrograph and Camera (EFOSC2). They explain the nebula's distinct layered look: