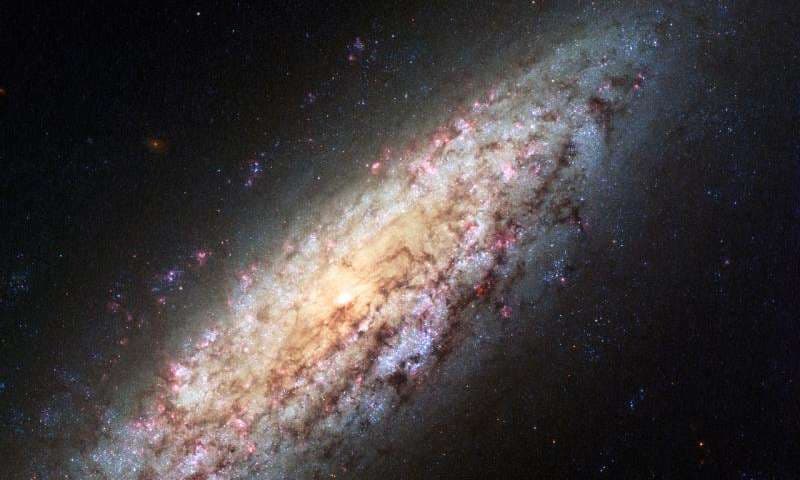 We often feature spacious galaxies surrounded by many neighbors (comprising galaxy groups and galaxy clusters). Normally, if the neighbor can't be seen in the frame, it isn't too far out of eyeshot. This pretty galaxy is an exception to the rule—a true island universe. Called NGC 6503, it can be found approximately 18 million light-years from Earth toward the Draco constellation. Given this comparably short distance, it is one of the closest galaxies outside of the Local Group, which includes the Milky Way and Andromeda Galaxies.

NGC 6503 is unlike the majority of other galaxies in the sense that it is completely alone, with no companion in sight. This stems from the fact that it's located on the edge of an empty expanse of spacetime—a region that extends around 150 million light-years across, and is completely devoid of the materials (like gas and dust) that normally permeate intergalactic space—called the local void. More from NASA: