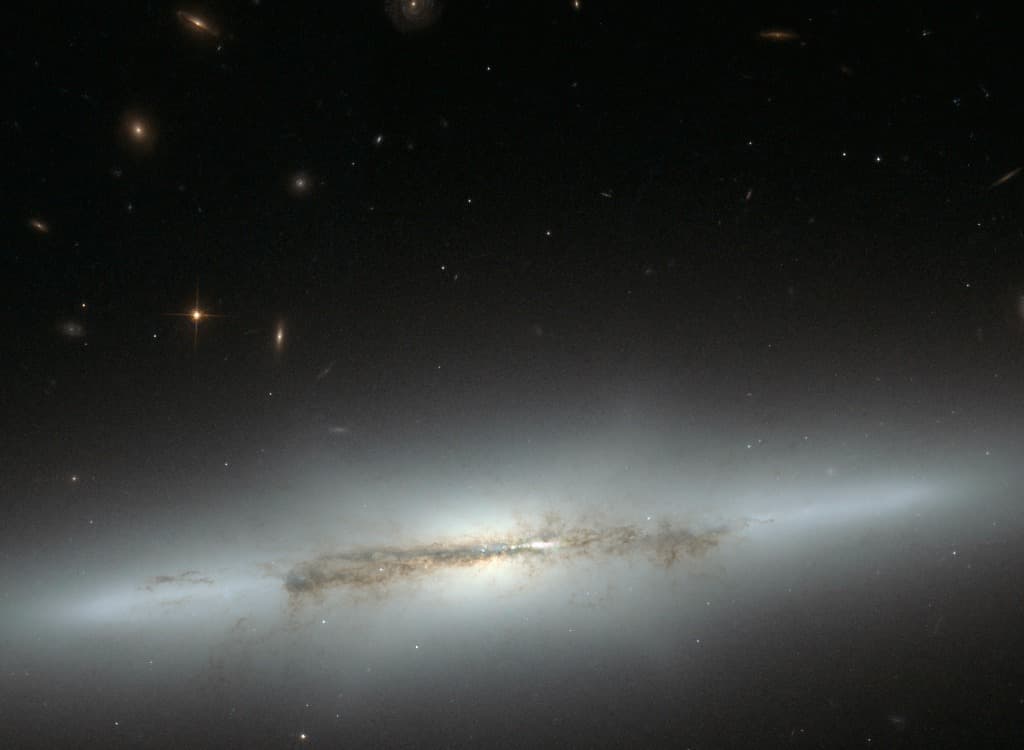 This snapshot from the Hubble Space Telescope zeroes in a galactic enigma—a bound collection of gas, dust, stars and dark matter collectively known as NGC 4710. This island universe, and all of its inhabitants, can be found 60 million light-years from Earth toward the constellation of Coma Berenices.

Seen edge-on from our vantage point, NGC 4710, like all spirals, has an extensive bulge. Only it has many other peculiar qualities, which astronomers aim to understand. One of the most noteworthy deals with the faint x-shaped figure looming near its central core.

It is tied to the bulge we mentioned earlier. Astronomers believe these features—known as boxy bulges—are forged by the motions of stars in and around NGC 4710's bar. Typically, we only see them when we are viewing the galaxy from certain angles. Moreover, rarely are they present when a spiral has tightly-wound spiral arms—like this one does. (See a larger image here)