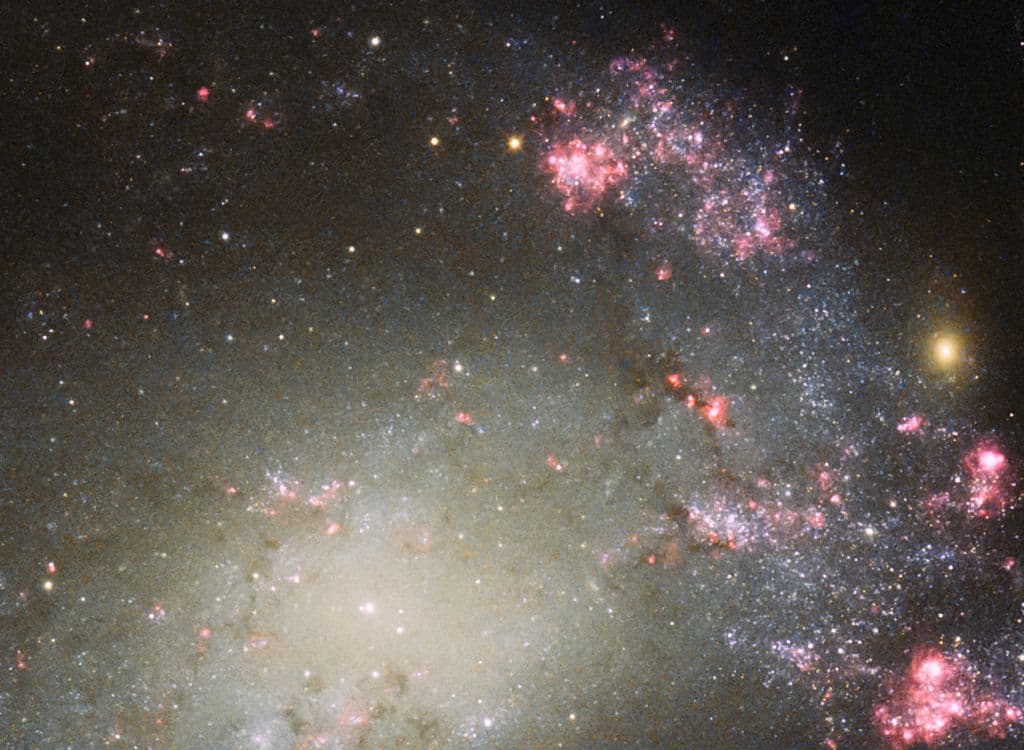 The tattered remnants of what was once an orderly galaxy are laid bare in a remarkable new image from the Hubble Space Telescope. Called NGC 428, it can be found approximately 48 million light-years from Earth toward the Cetus constellation.

In its hey day, NGC 428 was a barred spiral galaxy--not unlike the one the Sun and Earth call home. Now, it retains a few of its original characteristics, but it is largely unrecognizable. Ultimately, cataclysmic events like this tend to trigger when one galaxy comes too close to another, and they interact or merge.

When something of this nature occurs, star-formation activity happens on a much larger scale, appearing in the form of bright blue and pinkish-red patches entangled in gas and dust-filled spiral arms