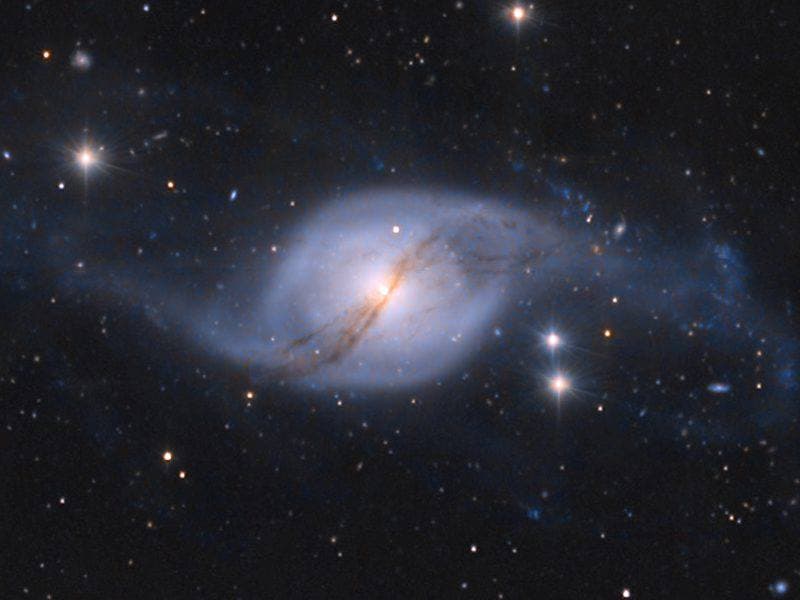 First and foremost, this image is not one single photograph, but several separate images that are combined to form a composite image, allowing us to see what's going on in the galaxy at various wavelengths (instead of just seeing it at optical wavelengths).

The galaxy in question is located more than 400 million light-years away, in the constellation of Ursa Major. NGC 3718, as its called, got its unique shape through gravitational interactions between the galaxy and a neighboring galaxy, NGC 3718, and the two are separated by a mere distance of 150,000 light years (whereas our closest celestial neighbor is more than 2,500,000 light-years away).

You can see a wide-field view of both here:

Said gravitational interactions are also responsible for deforming the larger galaxy's shape, this is especially prevalent when we look at the central region . The interactions helped  merge it (the central nucleus) with the darker dust lanes. Ultimately, both galaxies will become one, sparking a new era of star formation.