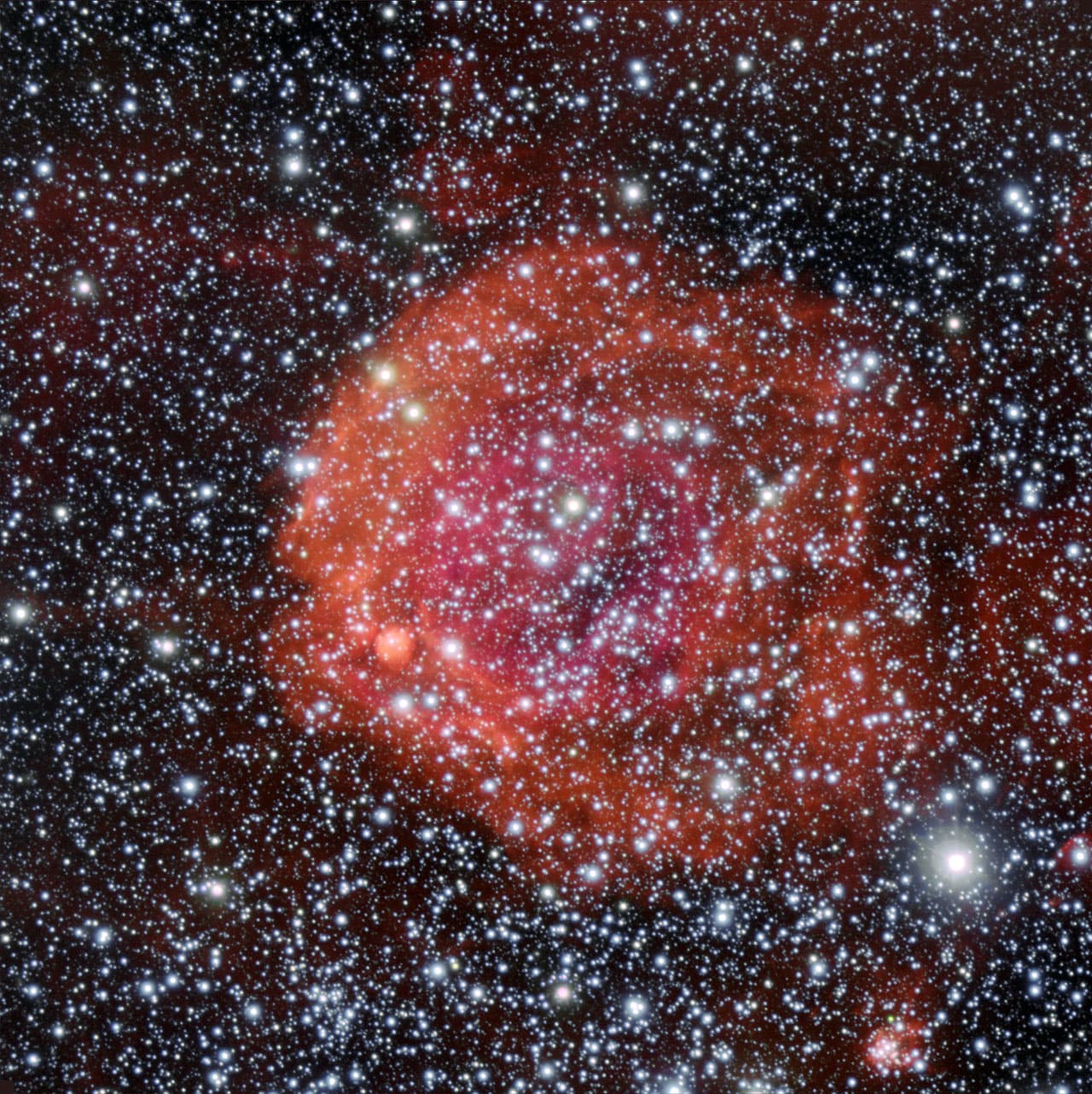 Meet NGC 371, a celestial region that lurks approximately 200,000 light-years from Earth in the Small Magellanic Cloud (toward the constellation of Tucana).

Based on its appearance, one might come to the conclusion that NGC 371 is the byproduct of supernovae—explosive events that see high-mass stars get obliterated from the inside out—when it is actually in the process of forming new stars. These stars, which remain young and incredibly energetic, have affected their surroundings in a big way... Mostly with the gas.

You see, as these stars come to fruition, they shed a significant amount of mass via solar winds, the infrared radiation contained therein is known to cause ionization in hydrogen gas clouds—the mechanism that allows them to glow spectacularly.

With NGC 371 specifically, the nebula has plenty of ionization fuel, as it is powered by an open cluster of stars (pictured in the center), But ultimately, star formation activity will be staunched altogether, when the last of the hydrogen is consumed, leaving the nebula a shell of its former self (in a figurative and literal sense).

Additionally, the region is somewhat unusual in the fact that it harbors a large number of variable stars (or objects that periodically dim and brighten over time). According to the ESO, "A particularly interesting type of variable star, known as slowly pulsating B stars, can also be used to study the interior of stars through asteroseismology, and several of these have been confirmed in this cluster. Variable stars play a pivotal role in astronomy: some types are invaluable for determining distances to far-off galaxies and the age of the Universe."