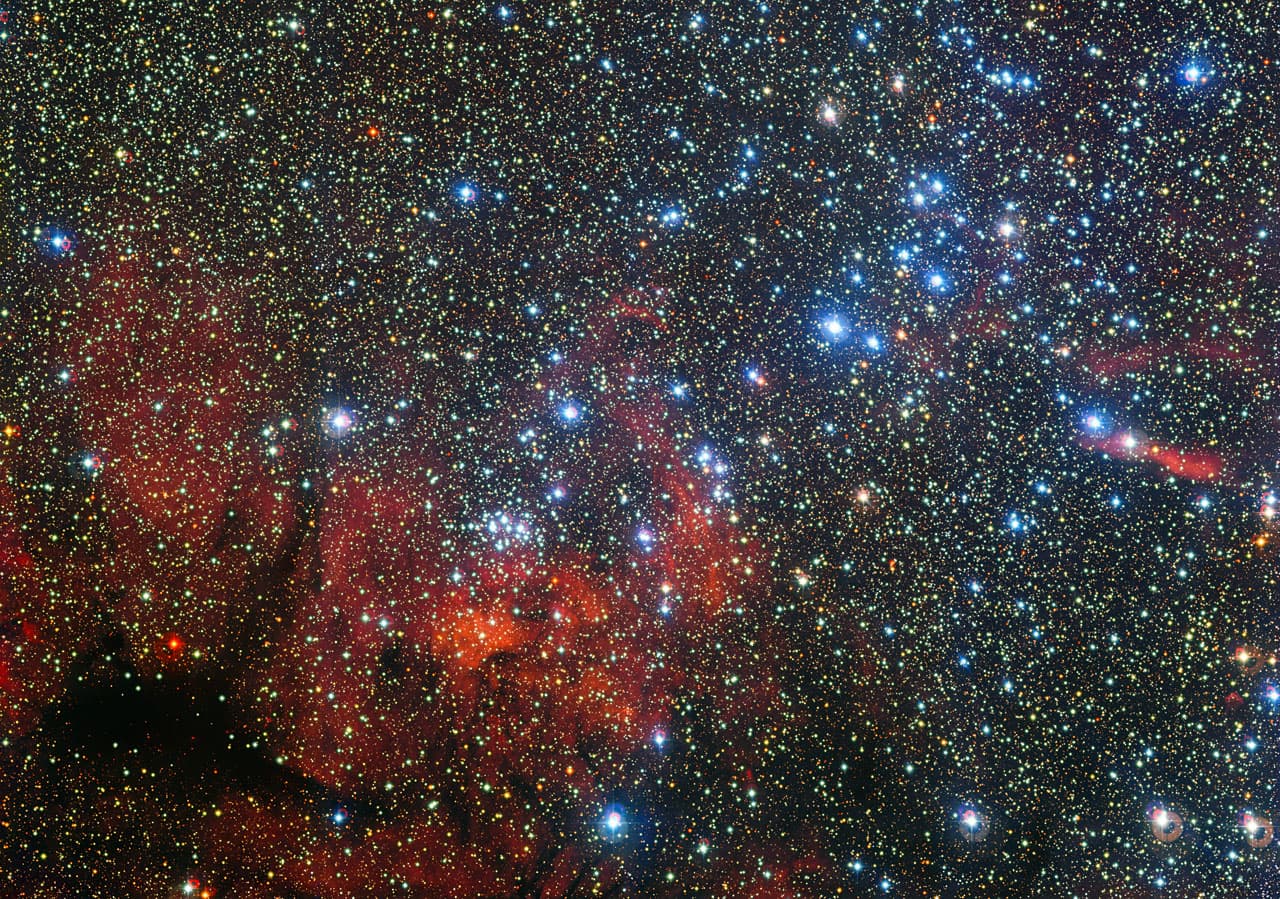 This new image, courtesy of the European Southern Observatory's (ESO) La Silla Observatory in Chile highlights the star cluster NGC 3590. The stellar cluster stands out on a dark backdrop of glowing dust and gas. This small stellar community helps shed light on how these stars form and evolve as well as give insights on our galactic arm structure.

NGC 3590 is located approximately 7500 light-years from Earth in the constellation Carina (The Keel). This stellar group is an open cluster containing dozens of stars approximately 35 million years old and is gravitationally bound. Although it's not the prettiest cluster, it is incredibly educational. By studying this cluster and others like it, astronomers can observe properties of our galaxy's spiral disc. NGC 3590 is located in the Carina spiral feature, a segment of the Milky Way's arm that can be seen from our location in the galaxy.

The Milky Way is a spiral galaxy with multiple spiral arms, which are elongated streams of gas and stars stretching out from the galactic center. There are four arms - two major and two minor arms, with each named for the constellations they are most prominent. The Carina spiral feature, can be seen from Earth and is located in the Carina-Sagittarius minor arm. These arms are actually full of gas and stars, and trigger stellar bursts of star formation producing clusters like NGC 3590 as they sweep through the galaxy. Open star clusters can contain anywhere from a few ten to a few thousand stars, giving astronomers clues about how their evolution. The stars within a cluster like NGC 3590, are all formed around the same time and from the same gas cloud.

This image of NGC 3590 was captured with the Wide Field Imager (WFI) and the MPG/ESO 2.2-meter telescope at La Silla. WFI's large field of view also shows a great number of background stars along with the cluster's surrounding gas clouds highlighted in red and orange due to intense radiation produced by neighboring hot stars. Multiple images taken with multiple filters was used to create this image including a unique filter that only collects light from glowing Hydrogen.