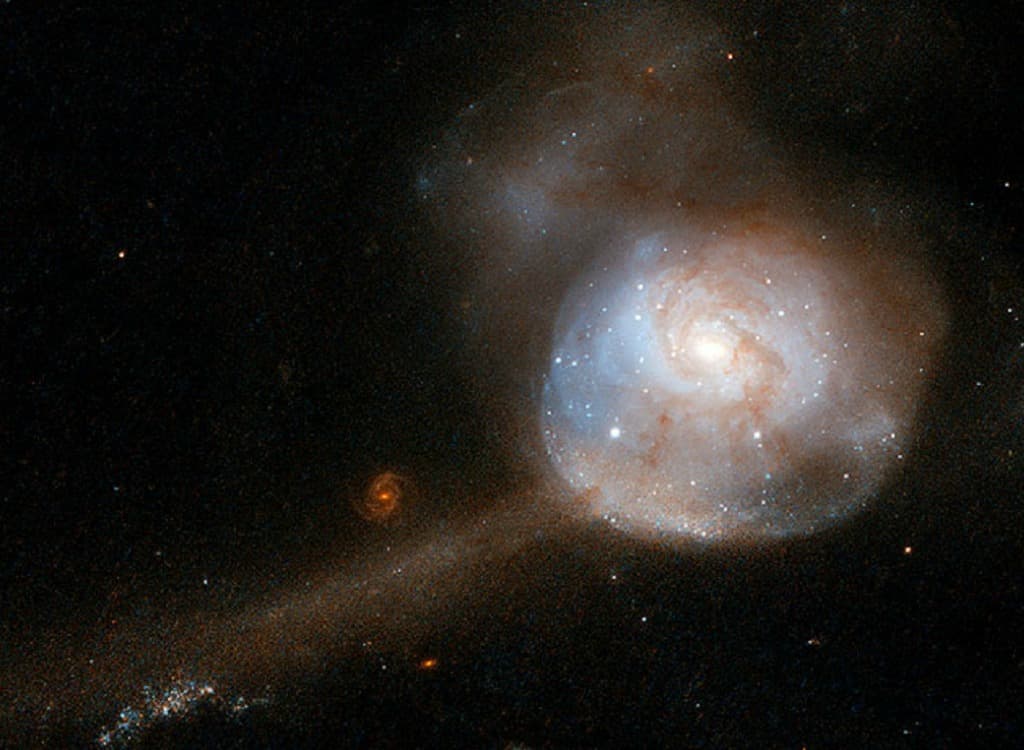 When two galaxies collide, they often leave a ginormous, discombobulated mess behind. In other instances—typically when one of the two galaxies was small to begin with—there is little in the way of physical evidence. NGC 34 is one example of the former kind.

Found approximately 250 million light-years from Earth toward the constellation of Cetus, NGC 34 (otherwise known as NGC 17 or Mrk 938) is the remnant of a galaxy merger that happened sometime in the recent past. If the tidal tail of materials didn't give it away immediately, there are other abnormalities to take note of. For instance, there are no well defined spiral arms; the nucleus is off-kilter; and there is plenty of star-formation activity.

The stream can be used to deduce that the galaxies, pre-merger, weren't the same size. Additionally, it shows that the merger enriched the intergalactic medium with gas, which went on to forge many new generations of stars. Most are centralized in the blue-tinged disk of the new galaxy, but older generations are still pervasive.

Ultimately, this amount of gas points toward a wet merger. (See a larger image here)