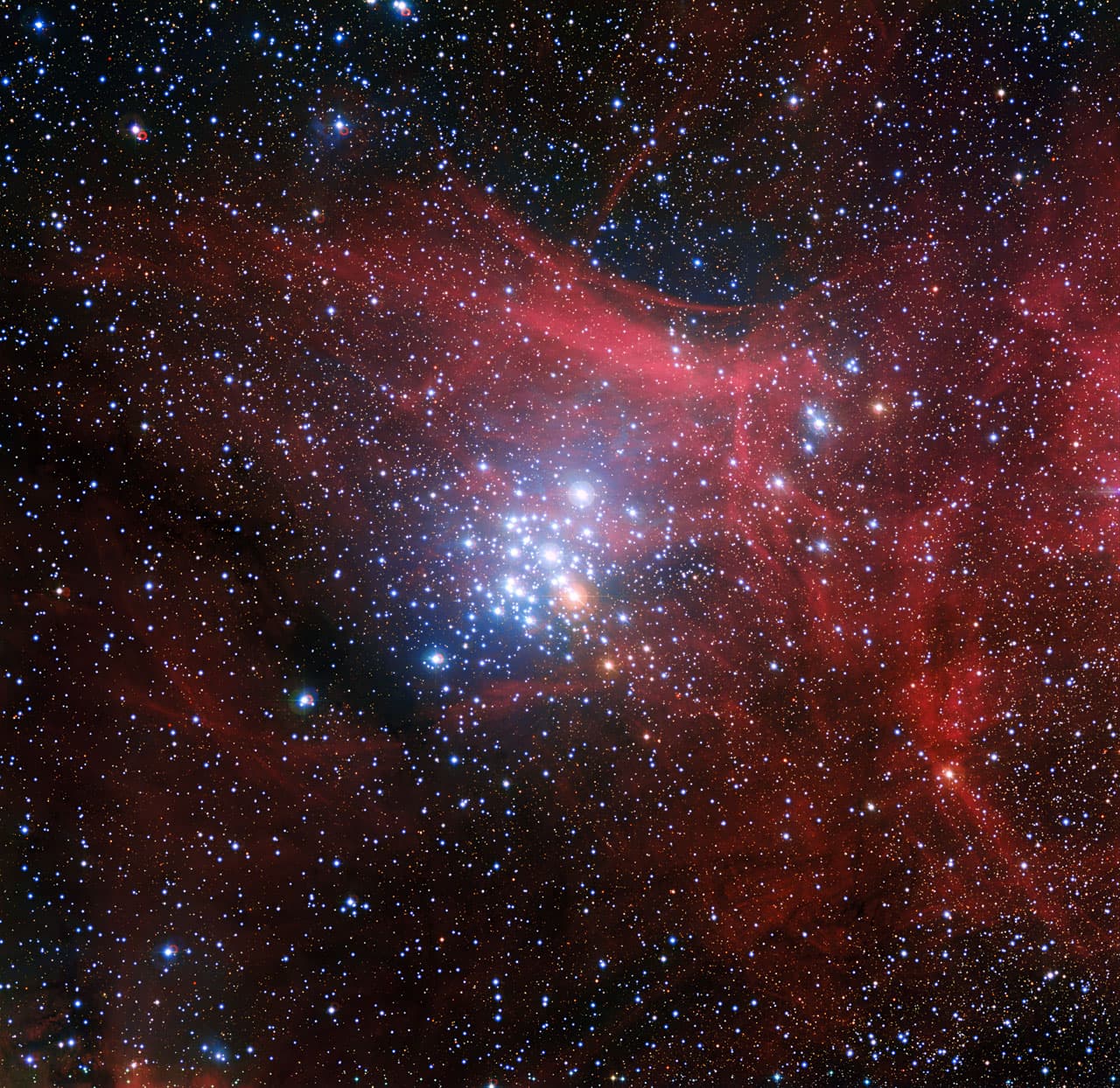 Meet NGC 3293, small cluster of stars in the Carina constellation. Here, we can see that the young stars are enshrouded by an immensely large cloud of ionized, gaseous material. The chain reaction that sparked this brilliant glow began about 10 million years ago, when the region was merely a large gas cloud, with bits of dust and some older stars scattered about. Eventually, sections of the cloud collapsed and birthed new stars, which returned the favor by providing the ultraviolet radiation needed to knock atoms of their electrons. Once they found their way back to each other, the glow made its appearance.

Not all of the 50-some stars were born at the same time though. Nor will they die at the same time either, as many of the stars are hot, massive blue-white stars, while some of them are reddish and a bit more elderly. Astronomers have a hunch that some other unknown mechanism driving the population of stars is still at work, but we've yet to discover just what that mechanism is and how it functions.