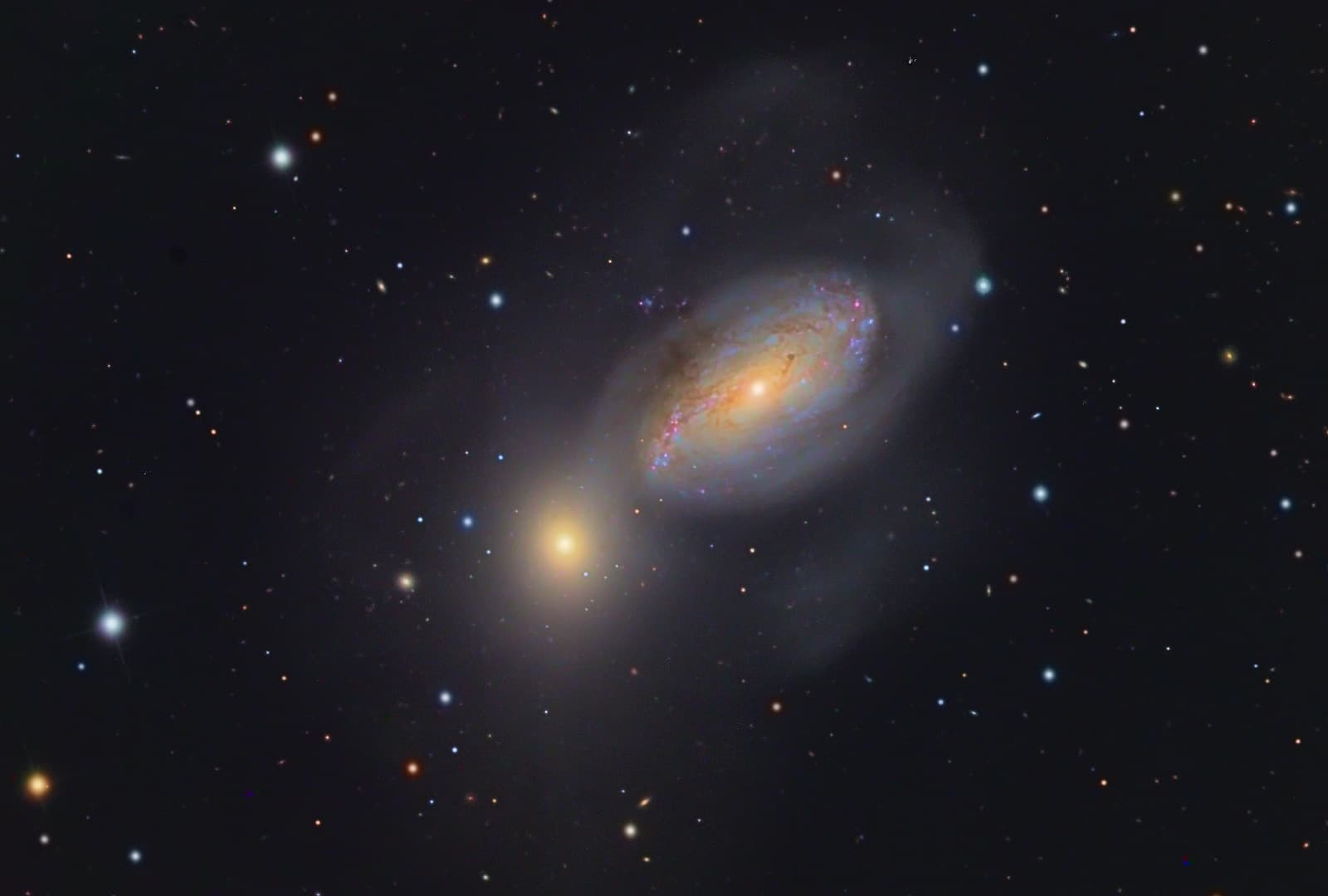 These two stunning interacting galaxies might look very similar to the Whirlpool galaxy, but they are not. Rather, this lesser known pair is composed of a spiral and elliptical galaxy, dubbed NGC 3227 & NGC 3226 (respectively). You'll notice that the spiral galaxy, NGC 3227 (pictured in the upper right) is very large and a bit lopsided, while the galaxy on the lower left, NGC  3226, is the much-smaller elliptical, dwarf galaxy.

Still yet, its defining feature is its central core, which is designated as an active galactic nuclei (AGN). Some have hypothesized that NGC 3226 might be siphoning material from its companion, which would help kick-start the star formation activity pictured in the red and blue regions. These characteristics can be attributed to the gravitational perturbations both galaxies have experienced over the last few millions of years. Said encounters also provided the attraction needed to bring the two supermassive black holes lurking in the central portion of both galaxies together. Now, the core is of NGC 3227 is a heavy source of x-ray emissions.

Both galaxies, which are about 50 million light-years away from Earth, lie within the constellation of Leo and are included in the Atlas of Peculiar Galaxies as Arp 94.