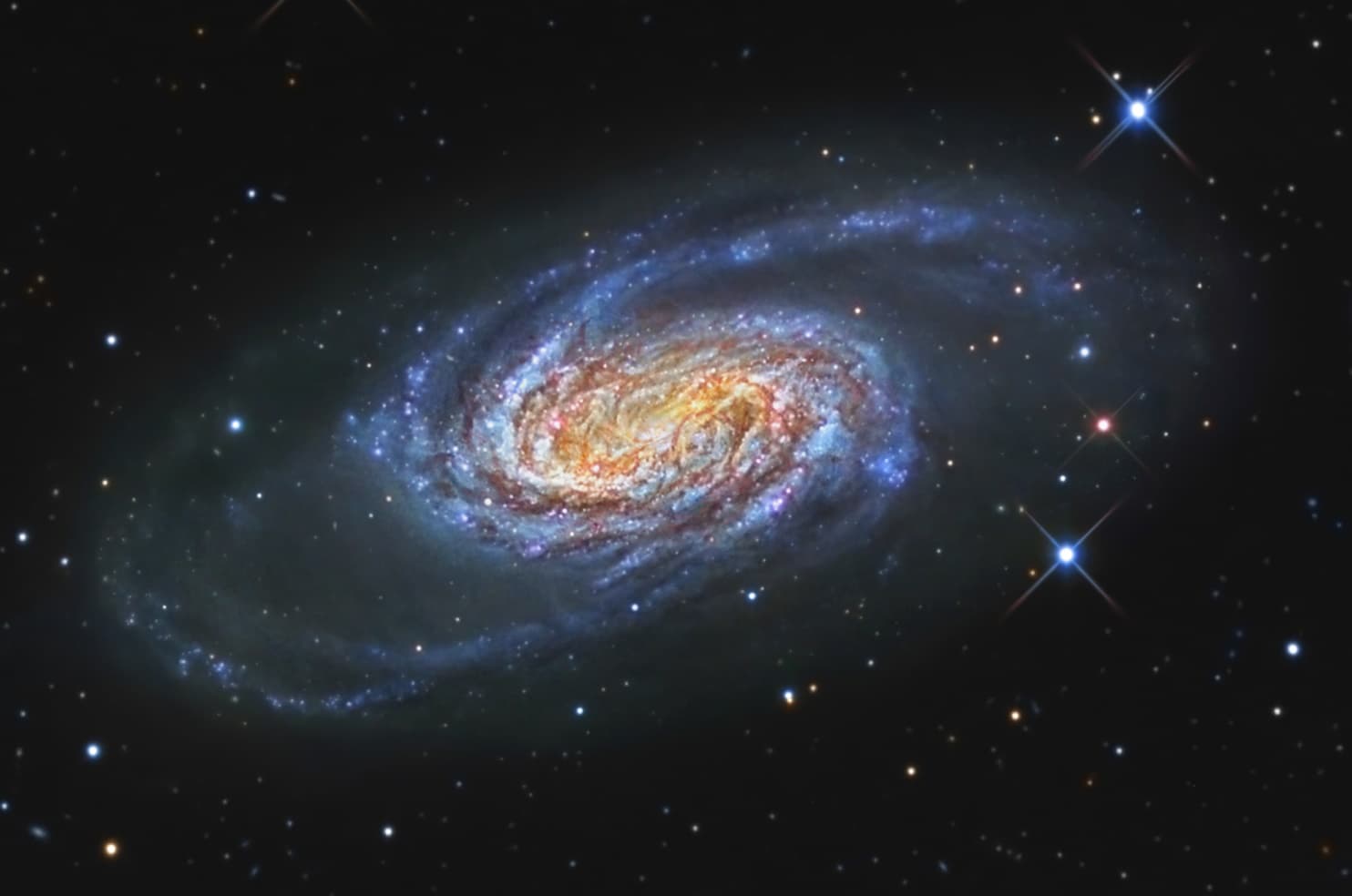 Meet NGC 2903: a galaxy found approximately 20 million light-years away from Earth in the constellation of Leo. It, by designation, is spiral in nature, therefore there are many facets to explore.

Firstly, we have its glorious central core, which is obscured by large amounts of thick interstellar dust. Then, of course, we have the spiral arms, which naturally also contain lots of dust, but not so much that starlight can't break through. In fact, instead of being hindered by dust, star formation thrives within these dusty hives.

Indeed, the galaxy is churning out a remarkable number of stars, which give it its fabulously beautiful blue coloring. Contrasting hues of red come from older populations of stars and HII regions, or regions where newly-formed stars energize the hydrogen gas around them, stripping atoms of their electrons, which eventually recombine and glow brightly. Additionally, NGC 2903 is also known for its ring of hot spots; astronomers believe the ring is made up of young globular clusters (independent from the galaxy itself, they are rather strange. The Milky Way's globular clusters are extremely old — the oldest stars in our galaxy, even).

Despite the distance, NGC 2903 is one of the brightest galaxies that can be viewed from the northern hemisphere. Measuring in at around 80,000 light-years across, the galaxy is just a little bit smaller than the Milky Way (by about 20 percent).