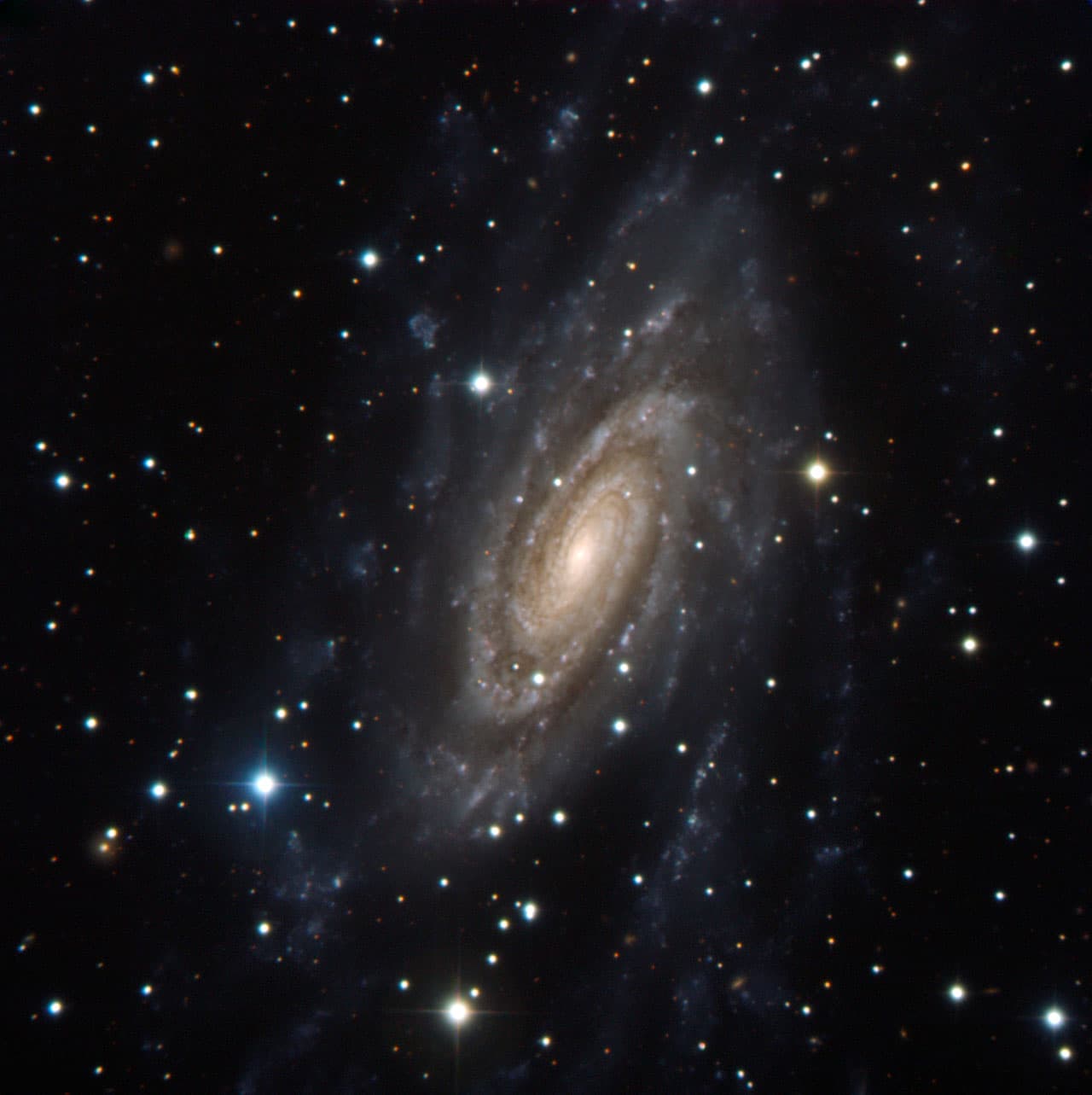 Meet NGC 2280: a galaxy located approximately 75 million light-years from Earth within the confines of the Canis Major constellation. Given the enormous distance separating it from Earth, we are seeing the galaxy as it was 75 million years ago—when dinosaurs still roamed the planet.

When you peek at the galaxy, the first thing you will probably notice is its extensive winding spiral arms, which sweep far beyond the outermost boundary of NGC 2280—maybe a hundred thousand light-years outward. These wisp-like structures are composed of glowing gas, with stars and dust peppered throughout (though the concentration of stars becomes less dense as the filaments thin out, eventually disappearing altogether near the end).

Some of the brightest stars in the frame do not belong to the galaxy. Rather, they are foreground stars from the Milky Way. They merely appear larger and brighter due to the fact that they are located much closer to us. All quirks aside, astronomers firmly believe that NGC 2280 bears strong resemblance to own galaxy, at least from afar.

This image was captured using the firepower of the ESO's Faint Object Spectograph and Camera (better known as EFOSC2) at La Silla Observatory. (See a larger image here)