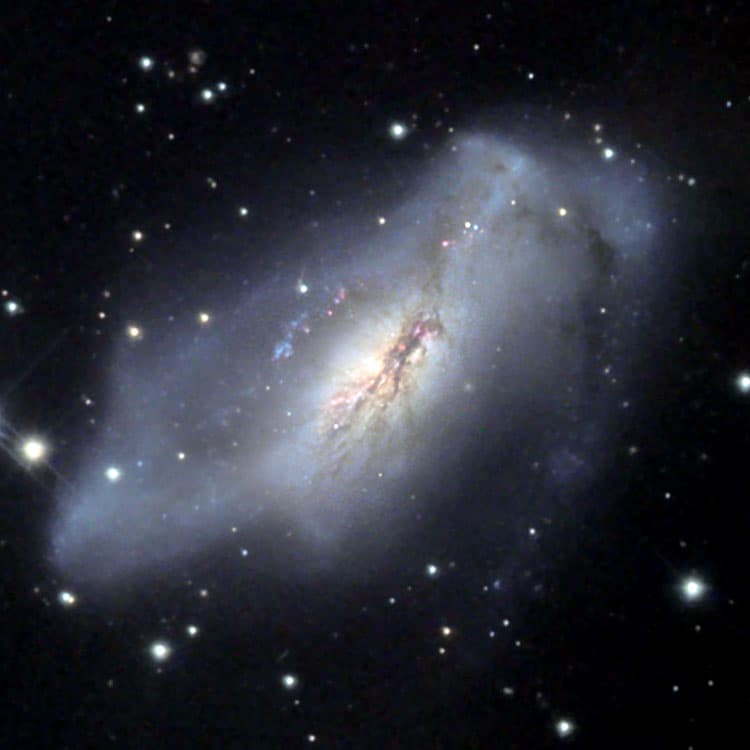 Meet NGC 2146: a galaxy located around 90 million light-years from Earth, toward the constellation of Camelopardalis. It spans approximately 80,000 light-years across, which makes it a wee bit smaller than the Milky Way. It is technically even classified as a barred spiral galaxy, but it's certainly unlike our own galaxy, and other spiral galaxies like it.

You see, NGC 2146's defining characteristic happens to be the unique structuring of its spiral arms, which loop around the central core. As per usual, this oddity is believed to be the result of a galaxy merger. Not only was the galaxy's shape warped, but it also kick-started a new era in star formation—a starburst.

This event happened hundreds of millions of years ago, but given the constraints placed on us by the laws of physics, we are only seeing the aftermath now.